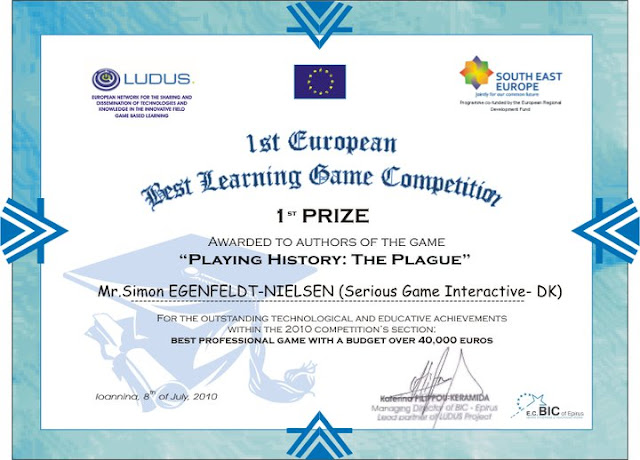 There are in total four possible categories under which a game or a game idea can be submitted:

EBLGC is a European-wide competition organized in the context of project LUDUS and open to all interested individuals, companies and organizations that are involved in the development of Serious Games.

The 2nd European Best Learning Game Competition seeks to expand the understanding and capabilities of developing and using Serious Game applications for learning and training and to promote a debate of Serious Games as factor of regional development.

The submitted games will be judged upon the following main attributes:
The winners of the 2nd EBLGC will be announced in a ceremony that will be held during the 2nd international conference organized by the LUDUS project in Milan, Italy on 26-27 May 2011.

The conference provides participants with a valuable opportunity to present their games to educators, the general public and various Serious Games stakeholders as well as to benchmark their work and ideas in a collaborative surrounding.