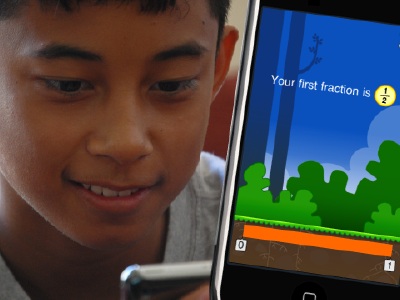 In order to accomplish this goal they’re creating a movement-based, mobile Math Serious Game Suite that will be rigorously educational, stylish, and engaging. The first entry in the suite is a bouncing star fraction game for the iPhone, iPod Touch, and iPad that connects physical movement to intellectual content. First conceived as a Master’s project at the Stanford School of Education, this Serious Game gives learners an intuitive sense of multiple representations of fractions.

Moving fractions to their correct place on the number line is the only way to return home. By playing Motion Math, learners improve their ability to perceive and estimate fractions in multiple forms. 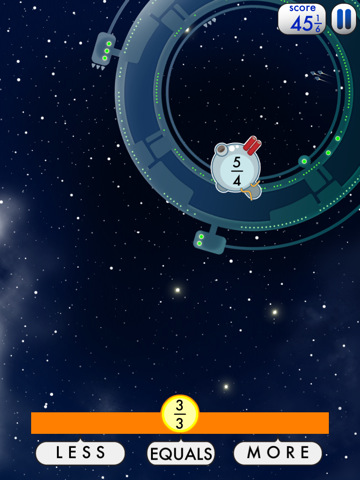 As with many topics in the subject of math, students struggle with fractions. Difficulty with early math concepts can inhibit progression to pre-algebra and other advanced topics, and even students who show proficiency with fractions lack a deeper sense of how multiple representations of fractions (pie charts, percents, number lines, etc) relate to one another.

The sensor technologies embedded in iPhones and other mobile devices afford new experiences at the nexus of games and curriculum that can improve students’ gut sense of fractions and other topics. 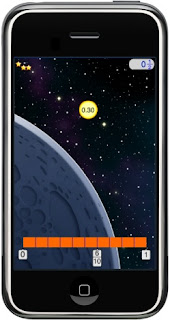 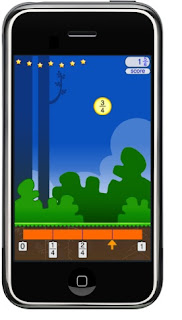 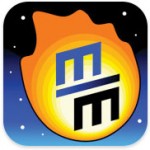 An Intuitive Serious Game moves into difficult material with an easy interaction. Although a challenge to create, game designers benefit from the fact that kids grasp technology, deftly picking up new controls. As stated by Gabriel Adauto from Motion Math “Many young kids now expect all screens to be touch screens; we've heard from many parents that their young children now pinch and tap the TV!”

After many attempts and revisions, Motion Math settled on the current version of their interface: they have introduced tilting by putting the player on an empty screen with nothing but a bouncing star and targets to land on. Some adults get confused, but almost all kids immediately explore the device and figure it out.

Physical - Math Can Be More Like Sports, Where Thinking And Action Are One

In terms of Motion Math, this implies that the abstraction of math can be understood more deeply if it is tied to the physical interaction of the player.

If future learning experiences can be intuitive, fun, and physical, we think learners will pick up concepts quickly, enjoy the process of learning, and actively engage with concepts in the world”, says Gabriel Adauto.

Motion Math will be releasing a suite of games along these design lines, their long-term goal being to develop an infrastructure that includes data on how people play the game. The data would not be used for advertising but for sending progress reports back to the child, parents and teachers. If the information could be anonymous and collected, it also could help the designers see how people play and solve problems — and ultimately let them improve the game or design new ones.

Motion Math was founded by two educators/developers at the Stanford School of Education. They have diverse experience in software development, video game instruction, rich media production, and education, and share a passion for games that motivate and empower learners.

Gabriel Adauto recently completed a Master’s degree in the Learning, Design, and Technology program at the Stanford School of Education. After receiving his B.S. in Computer Science from Stanford, Gabriel developed his engineering expertise in enterprise software development, providing stable, scalable, and user-friendly infrastructure for many large institutions worldwide. Recognized for his high coding standards, Gabriel performed roles such as Product Release Lead and Architect. He simultaneously spent four years teaching technology classes, including Video Game Design, to children in the Bay Area and Sweden. Motion Math combines his technical skills with his passion for education and video games.

Jacob Klein is a media producer, educator, and software developer, and recently completed the Learning, Design, and Technology Master’s program at the Stanford School of Education as well as the Summer Institute for Entrepreneurship at the Stanford Graduate School of Business. Jacob won a Loeb (business journalism’s highest award) for a seven-part Lehrer NewsHour series he co-produced and edited; as an educator, Jacob tutored students in math and writing, and taught at a KIPP charter school. Jacob graduated from Stanford with a B.S. in Symbolic Systems. He’s excited to help build Motion Math into a company that can provide many playful, rigorous learning experiences.