Earth Day: Save the Environment One Facebook Serious Game at a Time with Ecotopia 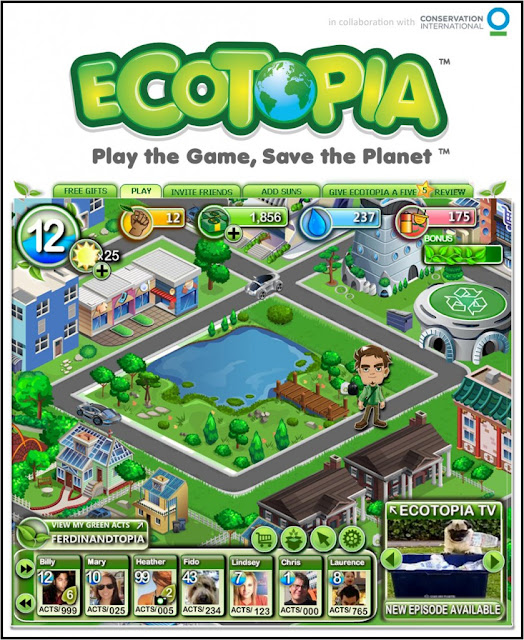 Talkie, an independent studio creating a highly engaging new breed of cinematic, story-driven social games, has launched its first game, Ecotopia™ in a private beta-test, on Facebook on April 4th.

Ecotopia, a free-to-play Serious Game with a social conscience, advances the popular city-building game model as it aims to wrap fun and compelling gameplay with philanthropy and real-world involvement via the world’s largest social networking site. 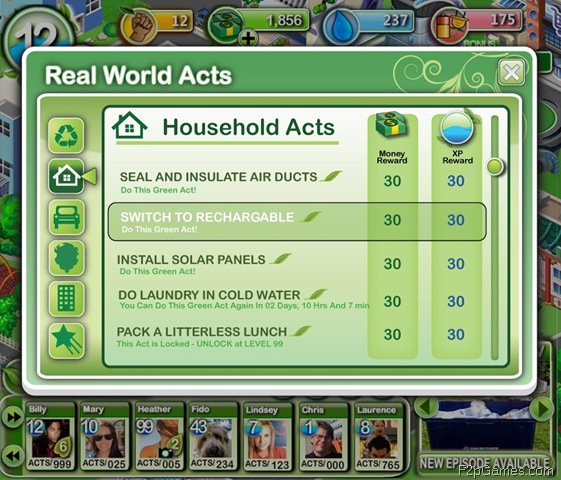 To add to the game’s philanthropic message, gamers who perform real-world acts of sustainability and upload photos and video will be rewarded with in-game points

Ecotopia is the first social game to encourage and empower users to conduct environmental good in the real world which can be redeemed for rewards in the game world. 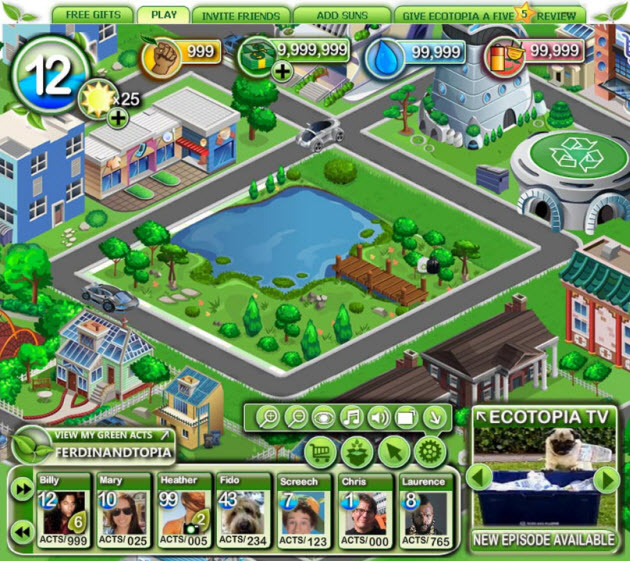 In this eco-friendly heroes-versus-villains Facebook adventure, Ecotopia players begin with a dirty, uninhabitable environment and must generate resources by completing immersive in-game missions.

Resources are then used to develop a colorful and exciting sustainable city that players can customize to create their own utopia. Players can also connect with their Facebook friends, sending gifts to each other and visiting neighboring maps to perform helpful actions.


﻿
Talkie is developing Ecotopia in association with Conservation International, a global non-profit organization focused on protecting the Earth’s ecosystems and biodiversity.
“As a passionate supporter of Conservation International’s work, I am excited that Talkie and CI are collaborating on Ecotopia,” said Harrison Ford, Vice Chairman of the organization’s Board of Directors. “This game represents a refreshing new way to engage millions of people in addressing critical environmental issues and finding solutions that work for the well-being of humanity.”
While progressing in the game, Ecotopia players will discover ever more about Conservation International and its initiatives, which support nature’s ability to protect our climate, food, fresh water, health and cultural security. The non-governmental organization, which has staff and partners working in nearly 40 countries around the globe, is committed to preserving the contributions of all species on Earth, conserving healthy landscapes and seascapes, empowering local communities and promoting sustainable economic development.
The game world integrates video into the experience through Ecotopia TV, where videos from Conservation International appear along with user-generated videos. Talkie will sponsor monthly conservation contests to further encourage players to get involved in green initiatives: all aspects of the green game world interrelate to deliver one cohesive experience. 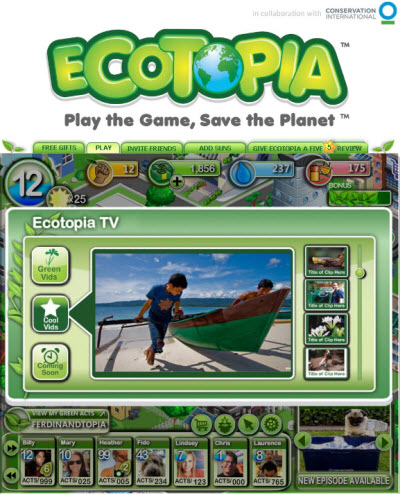 “Working with Conservation International will allow us to launch with a game that is not only fun and immersive, but that lets players have a positive effect on the real world through gameplay”, said Chris Swain, founder and CEO of Talkie.

The Los Angeles company got started a year ago building its platform and started work on Ecotopia in the past few months. Ecotopia is more than a ‘green’ gaming application – it’s a great game that also happens to encourage players to make a real difference both at home and, hopefully, on a global scale.

The name Talkie refers to the transition of films from silent films to sound, and it suggest that games are becoming more social.

Talkie both creates its own games and licenses its technology platform to content owners world-wide, enabling the creation of branded social games based on original IP as well as existing entertainment properties.

The company has angel investors from Los Angeles and Hong Kong. Its chairman is Larry Bond, is also the chairman of the privately held investment firm Bond Companies with more than $2 billion in projects. 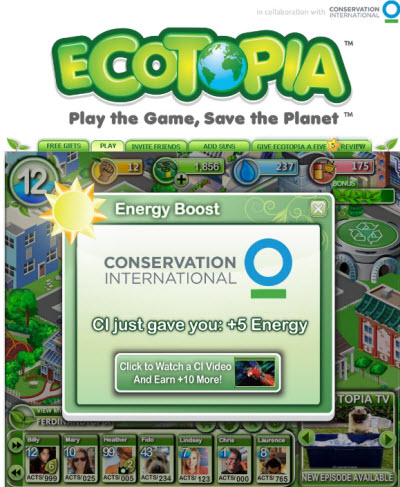