2011 Google Science Fair Competition: STEM Is All About Serious Games 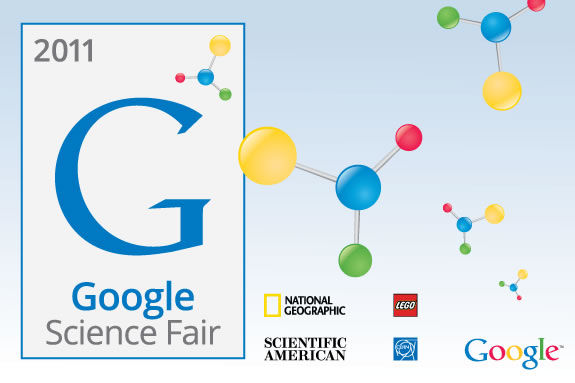 Calling all budding Einsteins.... Do you love science? Have a good idea for an experiment? Want to show it to the world? Google is thrilled to invite you to join the Google Science Fair, the world's largest online science competition.

The Google Science Fair is the world's first global online science competition dedicated to students ages 13-18. This is a collaborative effort between Google, CERN, the LEGO group, National Geographic, and Scientific American to celebrate the brightest young minds of today, as well as to encourage students to immerse themselves into the world of science - this is a collaborative Serious Game!

Google Science Fair look forward to reviewing each experiment and hope you join them to find and reward the scientific leaders of tomorrow by encouraging them to enter today.

The hard work in creating a great science project can win amazing opportunities, Internships, scholarships, and other prizes. The top global finalists will also be flown to Google HQ in California for the celebratory finalist event, where you'll showcase your project for some of the brightest minds in science today.

The contest began on January 11th and submissions will be accepted until April 4th, 2011. Once you've submitted your project, it will be judged alongside other projects by students from around the world. They'll announce the semifinalists in early May, and later that month, they'll announce the names of the finalists who'll be California-bound in July.