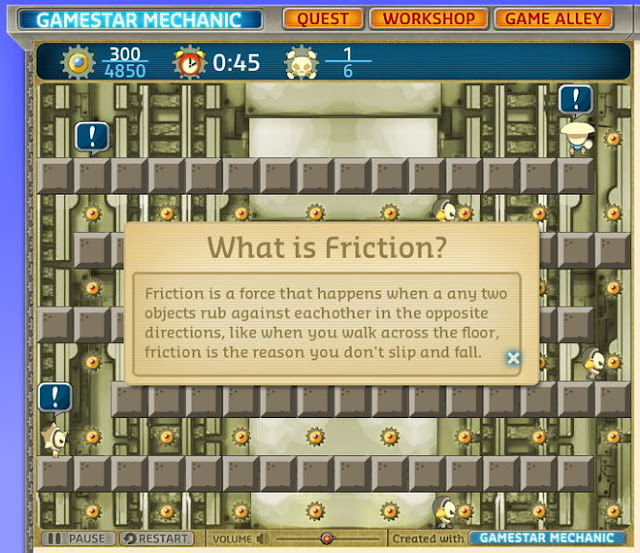 The first year of the Challenge featured competitions for students and developers. Twelve students from across the U.S. in grades 5-8 were selected as winners of the Youth Prize for their original game designs. In the Developer Prize category, for emerging and experienced game developers, the science themed game You Make Me Sick! was awarded the Grand Prize and a collection of math games titled NumberPower: Numbaland! received both the Collegiate and Impact Prizes.

"Three cheers for the National STEM Video Game Challenge for catalyzing this entertaining and educational approach to harnessing American ingenuity, all for the cause of science, technology, engineering and math education," said Chopra. "It is efforts like these that will ensure our nation's continued economic and technological leadership well into the 21st century."

The Youth Prize winners were selected from a group of over 500 entries for their ability to use STEM concepts to design engaging, innovative and well-balanced games, with special recognition for those games that also incorporated STEM themes. The 12 winners of the Youth Prize are:
The students will each receive an AMD-based laptop computer and educational software. A cash prize of $2000 will also be awarded to their school or a non-profit organization of their choice.

For the Developer Prize, the Grand Prize was awarded to Filament Games' Dan Norton and Dan White for You Make Me Sick! They will receive $50,000 for their game which teaches children about the physical structure of bacteria and viruses, as well as how they are spread.

In You Make Me Sick, students design a bacteria or virus and attempt to infect a target host!

NumberPower: Numbaland!, produced by graduate students Derek Lomas of Carnegie Mellon University, Dixie Ching of New York University and Jeanine Sun of the University of California at San Diego, was the winner of the Collegiate and Impact Prizes and will receive $50,000 in total. The collection of four games allows children in kindergarten to grade 4 to construct a set of skills that helps develop their sense of number concepts. The games will be available on different platforms, including the iPad later this spring. 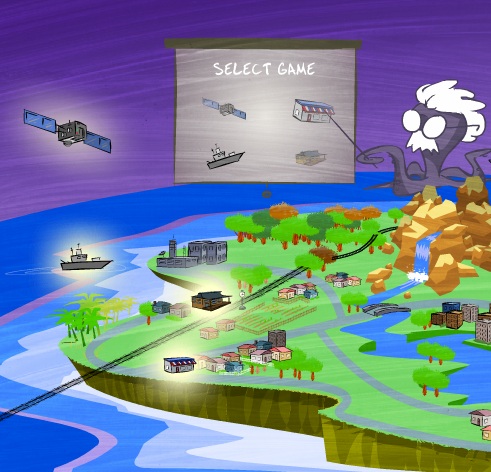 "The National STEM Video Game Challenge demonstrated that kids will eagerly tackle math and science when they can engage with the subjects using video game design," said Allyson Peerman, President, AMD Foundation, one of the contest co-sponsors. "The challenge and the resulting video games are a testament to the power of this invaluable tool to help increase students' critical STEM skills."

"The innovation and creativity in these games are the hallmarks of our industry," said Michael D. Gallagher, president and CEO of the Entertainment Software Association, the U.S. trade group representing computer and video game publishers. "As these great kids show us, video games can affect societal change. They can inspire and educate a new generation of leaders ready for 21st century jobs."

The competition was created with generous support by the AMD Foundation, Entertainment Software Association and Microsoft and implemented by the Joan Ganz Cooney Center at Sesame Workshop and E-Line Media.

The Joan Ganz Cooney Center at Sesame Workshop is an independent, non-profit research center that is fostering innovation in children's learning through digital media. The Cooney Center conducts and supports research, creates educational models and interactive media properties and builds cross-sector partnerships. The Cooney Center is named for Sesame Workshop's founder, who revolutionized television with the creation of Sesame Street. Core funding is provided by the generous support of Peter G. Peterson, Genius Products, Mattel, Inc. and Sesame Workshop.

E-Line Media is a publisher of game-based learning products and services that engage, educate and empower, helping to prepare youth for lives and careers in the 21st Century. E-Line works with leading foundations, academics, non-profits and government agencies to harness the power of games for learning, health, and social impact.

Founded in 1975, Microsoft  is the worldwide leader in software, services and solutions that help people and businesses realize their full potential.