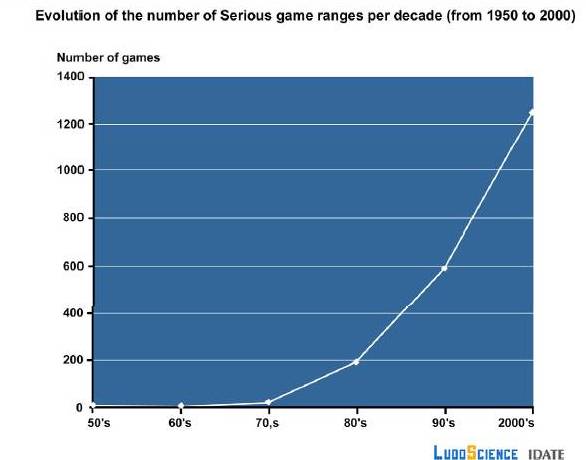 This graph demonstrates an exponential increase in the number of "Serious Game" titles each decade. However, the global number of "Serious Games" produced over six decades is probably less than 5000. It is a very small number compared to the number of videogames produced and dedicated to pure entertainment. Also, Serious Game Classification identified very few titles during the 1960’s. They believe that many Serious Games have been developed for the army during 50’s-60’s, and have since been destroyed or lost.

The present quantitative data are based on the analysis of a corpus of 2225 Serious Games produced by LudoScience and IDATE on a world scale and posted on 03-01-2011.

Following the definitions established by Sawyer, Rejeski, Zyda and others, they have considered as Serious Games any “games that do not have entertainment, enjoyment or fun as their primary purpose”.

Therefore, you can go online and check what games they used to produce the figures shown in this report. And if you know a Serious Game that is missing from the database, please add it at http://serious.gameclassification.com/ so they can produce more accurate reports in the future. 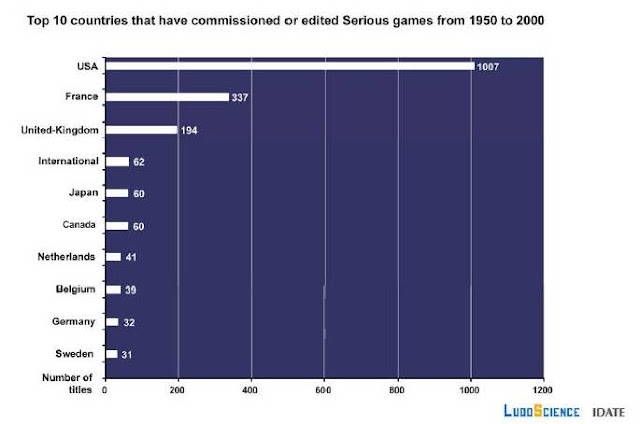 This graph demonstrates that the USA is the largest player. Many countries from Western Europe are following. Japan is a particular case as its culture of videogames is very significant and they have their own approach. The Japanese may not necessarily distinguish Serious Games from Entertainment videogames, therefore it would be necessary to study the Japanese titles more closely in order to update this top 10. The ‘international’ heading includes all other countries, such as Israel, Norway, China, Spain, Italy, Australia. 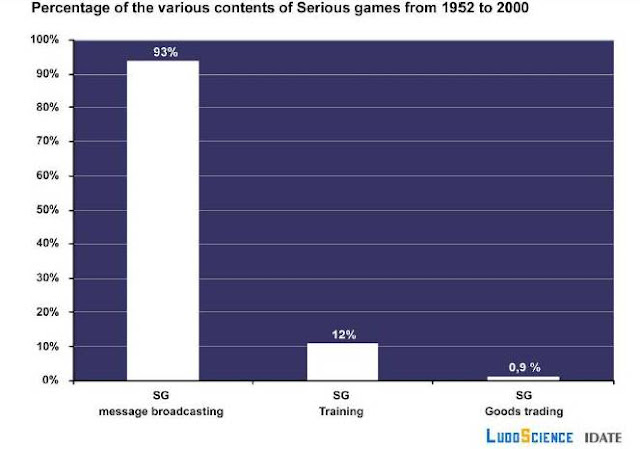 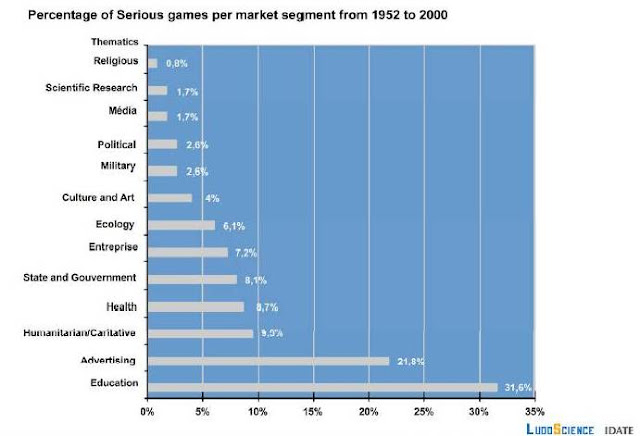 This graph demonstrates that Serious Games in most cases are designed for education. However, one has to be aware that this is on a world scale. Each country has a specific market segmentation. For example, in the USA the support of the army is strong, which is not the case in Belgium.
﻿