Pharma 3.0: Medicines Not Working? There Are Serious Games! 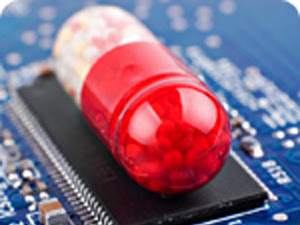 Pharmaceutical companies are increasingly investing in a whole range of health care initiatives and innovations that aren't drugs at all, including smartphone apps, educational websites, social media platforms, wireless devices and other programs, according to a new report from Ernst & Young.


Via: Daily Finance - Pharmaceuticals Look Beyond Medications to Smartphone Apps

Drugmakers are facing significant declines in their profits due the expiration of drug patents and cost-cutting by governments, among other pressures. Ernst & Young's report, Progressions: Building Pharma 3.0, says companies need to shift their focus from selling drugs to offering services that improve overall health outcomes through disease management, coordinated care, and an expansion across different stages of care -- or "Pharma 3.0."

That transformation is under way, albeit at an early stage of experimentation, the report notes. In the last year alone, pharmas initiated 97 projects -- a 78% increase over 2009. Driving those initiatives was mobile health technology. In particular, smartphone apps -- many specific to Apple's iPhone -- represented 41% of all initiatives.

Some apps are aimed at physicians. For example, Pfizer is working with the Epocrates drug-reference app, which now includes a "Contact Pfizer" feature that allows physicians to contact the company to ask scientific questions or report adverse events.

For pharma companies, some of the biggest benefits will likely stem from improving patients' compliance in following treatment regimens.

Novartis, for instance, is working with Proteus Biomedical's technology to develop microchip-embedded "Smart Pills" that can wirelessly transmit data to a patch and from there to a smartphone or a doctor's computer.

With their new “Smart Pill” sensor, it is possible to monitor one’s prescribed medications and track their effectiveness in treating ailments. As a medical breakthrough, “Smart Pill” technology is one that will be used in many different ways as time goes on. By incorporating sensors that can be ingested by a patient, the pills are able to send vital information about the patient’s health condition. The sensors combine edible minerals normally found in food, such as copper, silicon and magnesium, with the actual medicine to ensure safe digestion. “Smart Pill” will be used in certain medicines to treat cardiovascular disease, tuberculosis and diabetes, plus some psychiatric ailments.

Sensors embedded in the pills send a minimally powered signal that is activated when the minerals interact with stomach acids. The signal is picked up by a microelectronic receiver worn by the patient, which looks more like a band-aid. When the information is received, it is date-stamped and relayed directly to physicians and caregivers via text message or email.

Not only does the “Smart Pill” allow doctors to track whether a patient has actually taken their medication, but it also checks the patient’s vital functions to warn doctors if their health is negatively impacted by the medicine. Since everyone reacts differently to a medication, the “Smart Pill” allows physicians to respond quickly or change the dosage in real-time.

Medical equipment giant Medtronics is working with the Swiss pharmaceutical company Novartis to get the “Smart Pill” from Proteus through the last stages of development before it can be approved for use by doctors and patients. This innovation is expected to become the “internal speedometer” to manage patient health in real time.

Novartis hopes to submit for regulatory approval in Europe within 15 months. In US, the FDA provided 510(k) clearance for one component last year — the adhesive patch that communicates with the “Smart Pills” as the patient’s stomach breaks them down.

The first application of the chip-in-a-pill -- or as it is officially known, the Ingestible Event Marker (IEM) -- is expected to be for transplant patients, to help avoid organ rejection. A common problem that occurs after transplant operations is the dose and timing of taking anti-rejection drugs has to be monitored and frequently adjusted to prevent rejection of the transplanted organ, such as a kidney. The microchip would overcome this problem since it would closely monitor the patients to determine if the drugs are being taken at the right time, and in the correct dosage.

In January last year Novartis spent $24 million on securing access to the ingestible medical microchips technology, which was invented and developed by a privately-owned Californian company, Proteus Biomedical. Licensing the technology puts Novartis ahead of all its competitors. The Proteus microchip is capable of collecting a range of biometric data such as heart rate, body temperature and body movements, which may indicate if drugs are working as intended. 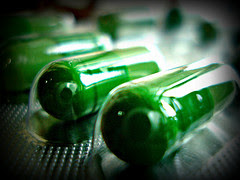 Novartis plans to start microchipping its organ transplant anti-rejection drugs and then expand microchipping to other pharmaceuticals in its product lineup.