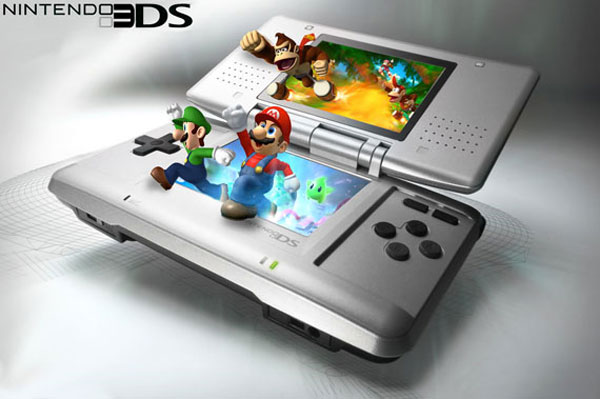 Via: The Associated Press – 3DS Can Reveal Vision Problems

Promising to usher in a new era in 3D entertainment, Nintendo’s glasses-free handheld 3DS will go on sale on March 27 in the U.S. for $250. That's the same price that the revolutionary Wii console cost when it went on sale in 2006.

Nintendo Co. said 3D games on its highly anticipated new handheld console could harm the eyesight of children aged 6 or younger, warning of possible ill effects from a technology on which many companies are betting big.

Nintendo said some specialists believe that "there is a possibility that 3D images which send different images to the left and right eye could affect the development of vision in small children." 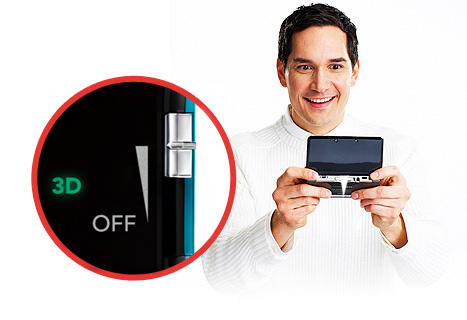 3D Depth Slider
A built-in 3D Depth Slider allows you to immediately adjust the intensity of the 3D settings on the Nintendo 3DS system to your liking. The 3D effect can also be turned down completely—all Nintendo 3DS games and applications can be played in 2D, and look better than any Nintendo handheld before it.

However, some United States eye specialists are welcoming the Nintendo 3DS game device, dismissing the manufacturer's warnings its 3D screen should not be used by children 6 or younger because it may harm their immature vision.

The optometrists say it is a good idea to get kids to try the 3D screen, especially if they are younger than 6. It will not do any harm, they say, and it could help catch vision disorders that have to be caught early to be fixed.

"The 3DS could be a godsend for identifying kids under 6 who need vision therapy," said Michael Duenas, associate director for health sciences and policy for the American Optometric Association.

The new handheld game device has two screens like the DS machines it is designed to replace. The top screen can show 3D images, without the need for special glasses, though only new games will be in 3D. 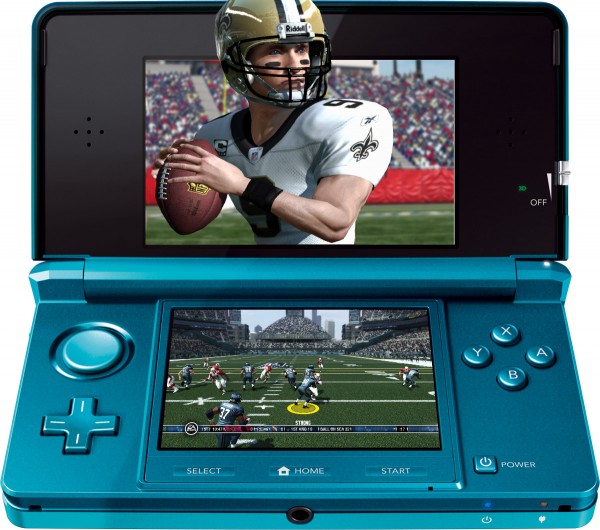 If children were unable see the 3-D effect on the 3DS, that was a sign he or she may have a vision disorder such as amblyopia, or "lazy eye," or subtler problems that could cause problems with reading, Duenas said. Kids who experience dizziness or discomfort should also be checked, he said.

NOTE: Amblyopia (or lazy eye) is a condition, wherein one eye has poor vision, compared to another (In some cases, both the eyes can be amblyopic). In such cases, the affected eye sends poor images to the brain and the brain does not acknowledge such images. With time, the brain gets tuned to receive the images from the stronger eye, thereby rejecting the images transmitted by the weaker one. Even though, this condition develops in early childhood, it is not usually detected during that time, as the stronger eye compensates for the poor vision of the other. The child may not realize the fact that one of his/her eyes has a poor vision. However, if the condition is not detected and treated, it may result in vision loss of the affected eye. 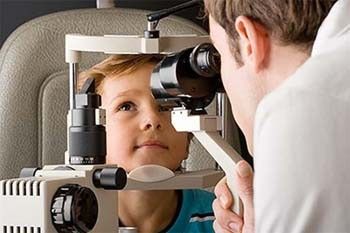 Going to see a 3D movie or trying a 3D TV can also help screen for problems, but optometrists expect the 3DS to be in front of kids' eyes more.

David Hunter, a pediatric ophthalmologist affiliated with the Children's Hospital in Boston and the American Academy of Ophthalmology, said the idea that off-the-shelf 3D games or movies could help screen for vision problems such as amblyopia was "a little perplexing".

Kids with amblyopia do not have much depth perception, he said, so if they do not see depth in a 3D screen, they might not say anything because that would not be much different from what they see around them.

It was not impossible it could help, but it was "all sort of exploration and speculation," said Hunter, who has started a company developing a device for childhood screening of vision disorders.

Nintendo's warning was vaguely worded. It said specialists believe "there is a possibility that 3D images which send different images to the left and right eye could affect the development of vision in small children".

The Japanese company did not back the warning up with scientific evidence, so Duenas sees it as being motivated by liability concerns rather than a true danger.

Reggie Fils-Aime, the president of Nintendo of America, said the company was "aware of all the work that had been done in the field" and issued the warning based on that work. The warning, he said, was based on research that up until age 6, a child's eye - specifically the connection between the eye and the brain - was still developing.