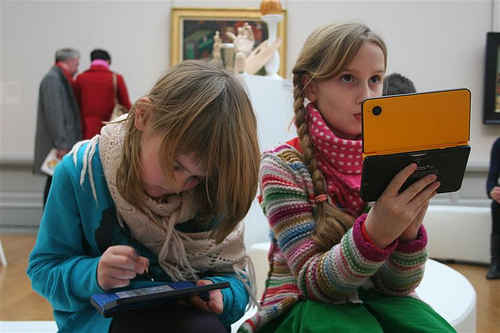 Nintendo has undertaken a widespread campaign to brand its DS console as a veritable educational tool, and has teamed up with the National Art Education Association to bring the drawing/painting app to classes in the U.S.
Nintendo Brings Art Academy to U.S. Art Classes

Following my prior post Nintendo Gets Serious About The Serious Game Market , Serious Games Source reported today that “similar to its efforts in Europe to introduce young artists to its Art Academy software through partnerships with museums, Nintendo has teamed up with the National Art Education Association to bring the drawing/painting app to classes in the U.S.”

The game has so far sold over 1.5 million copies around the world!

As part of its late January 2011 promotion, the company partnered with the Museum of Fine Arts in Ghent, Belgium to offer a free workshop that took participants through a tour of its famous works and provided a personal painting course with copies of Art Academy on Nintendo DSi XLs. 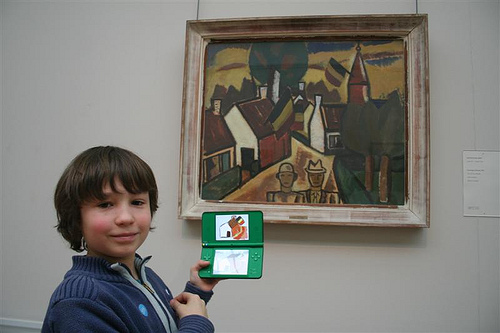 The museum photographer Lawrence Schoonbroodt captured a bunch of images from the event, which one can see in a Flickr set 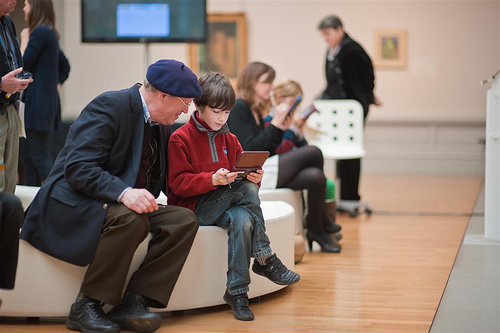 Last month, Nintendo worked with the NAEA to distribute the software and Nintendo DSi XL systems to art teachers in elementary, middle, and high school classrooms as part of a program encouraging those instructors to incorporate Art Academy into their creative class activities.

Developed by Headstrong Games, Art Academy features lessons in color, shading, perspective, and other concepts. Users can paint or draw on the system using its stylus and touchscreen, which Nintendo says will help them "practice and develop skills that transfer easily to real-world art materials."

"The abundance of visual images being displayed through technology is transforming the ways art education in schools can be presented to students," says NAEA executive director Deborah B. Reeve. "Art class is one of the few places where kids can exercise their creativity and develop flexible forms of thinking to build additional skills for their future."

Reeve adds, "We are thrilled that the incorporation of Nintendo's Art Academy into the classroom provides students with another creative outlet that supports teaching and learning in art, and the students agree."