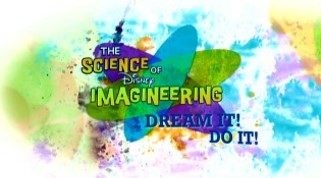 Asa will provide an overview of the work that Disney Imagineers do, from work designing theme park attractions to research on Disney Games and other interactive experiences.

Imagineering's unique strength comes from the dynamic global team of creative and technical professionals building on the Disney legacy of storytelling to pioneer new forms of entertainment through technical innovation and creativity.

At Imagineering it always starts with the story. A team of artists, script writers, and model makers all work together to get a sense of what the attraction might look like, how the plot will unfold, or how they want the guests to feel along the way. Engineers, business planners, project managers and design specialists then figure out how to turn those original designs into something that can actually get built. They also "playtest" - try early prototypes out for themselves to make sure that the experience is fun and compelling.

It takes over 150 different disciplines and up to five years to translate an initial idea into a finished attraction, but from beginning to end every decision that's made ultimately supports that original story and idea.

By blending creativity and innovative technological advancements, Walt Disney Imagineering has produced some of the world's most distinctive experiential storytelling, including using Audio-Animatronics characters to tell the swashbuckling tales of Pirates of the Caribbean; developing a faster-than-gravity "freefall" through another dimension in The Twilight Zone Tower of Terror; and integrating high-speed, large-format film projection with a breakthrough ride system to take guests on a breathtaking hang glider flight in Soarin' Over California. Walt Disney Imagineering has been granted more than 115 company-owned patents in areas including ride systems, special effects, interactive technology, live entertainment, fiber optics and advanced audio systems.