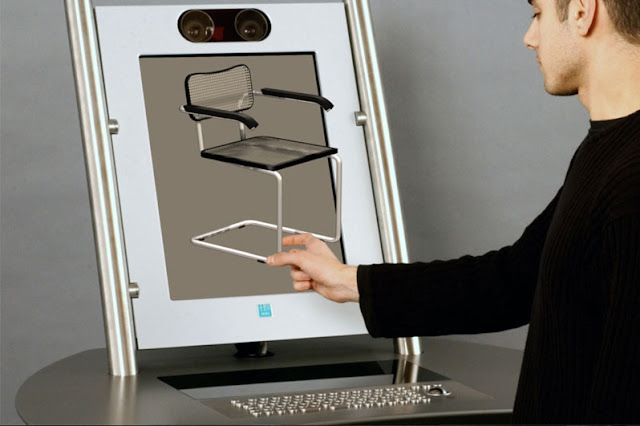 3D Kiosk System
The 3D kiosk presents any kind of interactive content as virtual objects on a large scale display in photorealistic 3D quality. The user does not need 3D glasses to view the content. A system which recognizes gestures is integrated into the front panel so that viewed 3D objects floating in front of the display can be rotated by using gestures, and virtual buttons can be pressed simply by pointing at them

﻿Formula D Interactive is a specialized design consultancy focusing on the design and production of interactive learning applications for corporate, school, science centre, and museum environments.

For corporate expos, museums and science centers they design exhibits that explain the most complex procedures in simple terms engaging the audience in hands-on learning experiences through physical interaction. 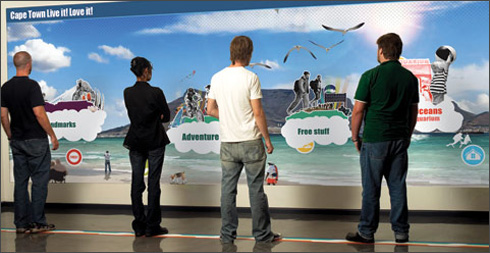 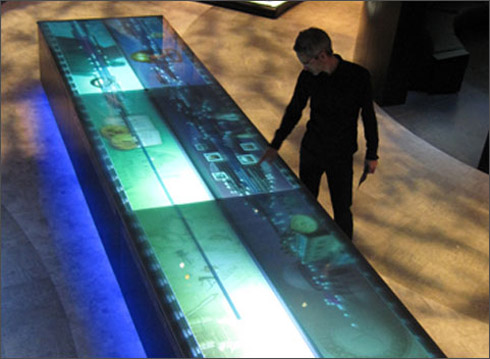 Formula D Interactive is headed by Designer Michael Wolf, who moved to Cape Town from Germany in 2003.

After studying Design at Cologne International School of Design (KISD) and École Nationale Superieure de Création Industriélle [ENSCI], Paris, France, he joined MARS - Exploratory Media Lab at the Fraunhofer Institute of Technology, Germany’s equivalent of MIT in the US, to work on experimental human-computer interaction focusing on immersive media spaces and tangible interfaces for computer-enhanced learning. He is co-founder of Formlos design studio in Cologne, Germany, a design consultancy specializing in product design. Wolf has received several awards including the prestigious IF Design Award.

In Cape Town, Wolf worked as design coordinator for MTE Studios, a Cape Town and Dubai based design firm specializing on themed architecture and edutainment. At MTE Studios, Wolf contributed significantly to the conception and design of the global travelling exhibition “Islamic Science Rediscovered” which explores the great inventions and discoveries of Islamic scholars of the middle ages.

The company has technology partners in Germany, Sweden, China, Germany and US.