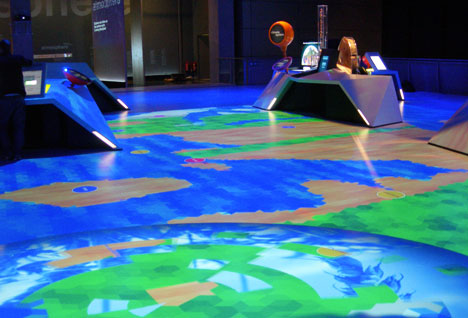 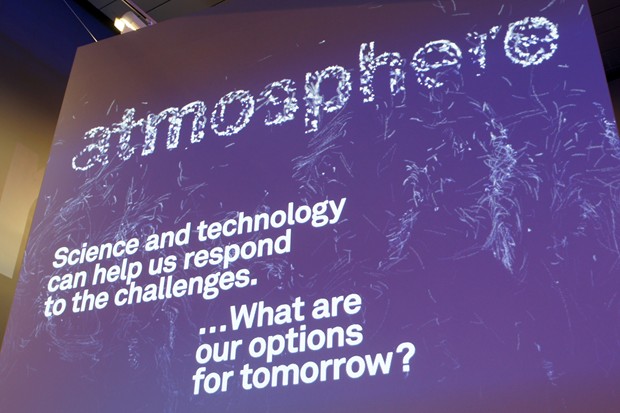 The exhibition includes plenty of the museum's famous interactives along with a summary of the current state of knowledge about how the Earth's atmosphere works and how it's changing.

The exhibition and the Serious Game are designed to increase awareness and educate visitors about the science behind climate change.

As reported by TreeHugger, “the gallery space, brilliantly designed by Casson Mann, is contained in just one compact mezzanine level, which on first impression appears rather small. But, once you start moving through the gallery, you quickly realize the enormous amount of information that permeates the exhibition at every level, mostly thanks to the inherently compact nature of the digital and touch screen technologies developed by creative agencies Nick Bell Design and All of Us”. 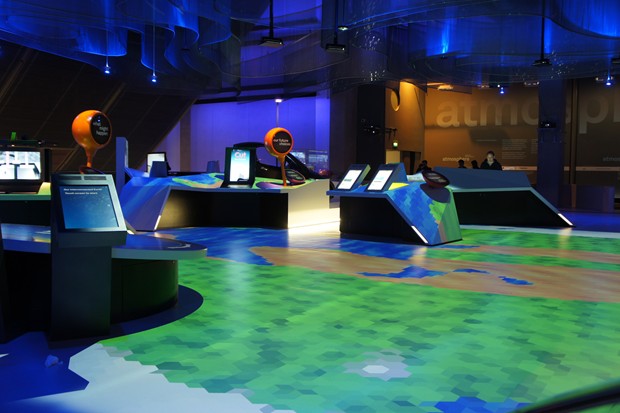 The exhibition is split between five zones dealing with different aspects of climate change -- how the atmosphere works, the history of climate research, greenhouse gases, the carbon cycle and adaptation to the effects that climate change will have on the Earth. In the centre is a "gallery world", which can be controlled by a series of pedestals. 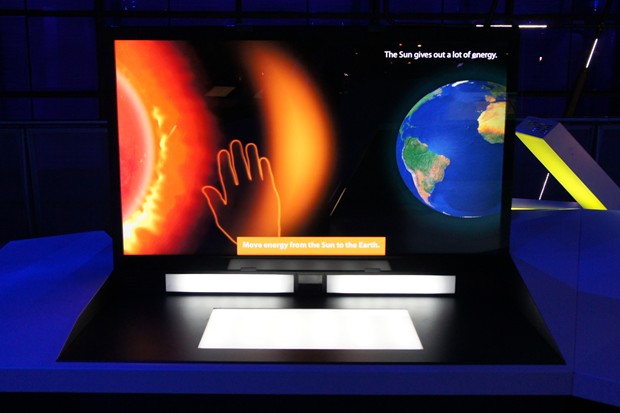 “The Atmosphere Gallery uses up to the minute technology to enable visitors to not just play Serious Games on specific subjects around climate science, but to manipulate the whole gallery space through a central console that visualizes how much carbon dioxide there is in the atmosphere.”

London Science Museum Gets into Serious Gaming with RIZK

RIZK is a free online Flash, tower defense-styled game, which is all about understanding risk and its relation to our climate. 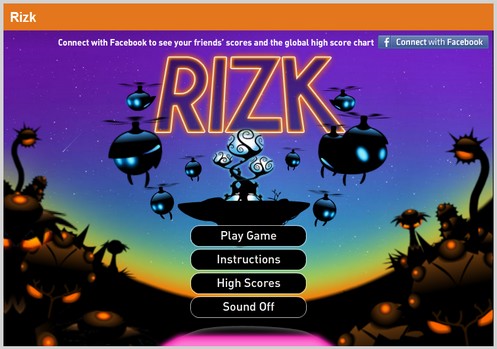 RIZK takes place on an alien landscape, in which players must gather resources in order to grow a mother plant. Each action taken causes the player's risk level to rise. If the planet's resources are depleted too quickly, environmental defenders will attack the player's plant until gathering slows to an acceptable rate.  How you source energy and defend your plant awakens the resident plants, which threaten your plant's health. 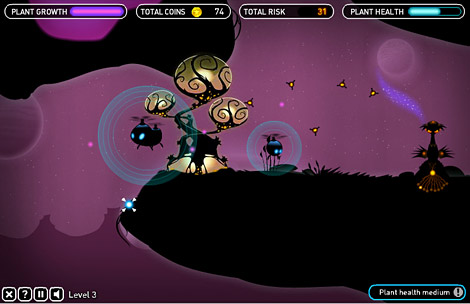 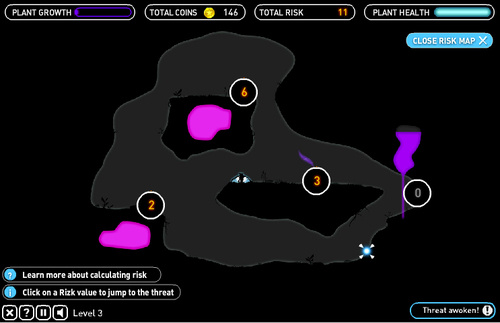 As you play the game, resources become scarcer, and threats more dangerous. The key to success is to assess where the risk is based in a level and plan how your impact on the environment will affect your chances of survival. 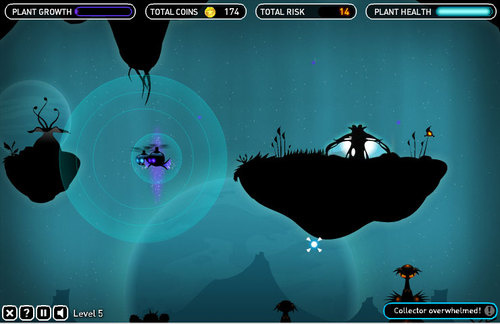 David Streek, creative director at Playerthree, said: “Visually influenced by sci-fi posters of the 50′s and 60′s, we created an original risk strategy game set on an alien world where players must find and develop resources to nurture and protect their mother plant whilst defending it from indigenous threats. Every action you take affects the level of risk to your plant and hence there is no perfect strategy for completing the game’s 20 levels.”

David Streek also added: “As a result of the 2-D side-on perspective to the game, the enemy’s paths of movement are more varied than a traditional tower defense game. This also allowed us to create very intricate worlds right from the first level.”

How To Play The Game

The aim of the game is to grow your plant. Once your plant is fully grown it produces a seed that transports you to the next level. Find the right balance between collecting resources and managing threats and your plant will flourish. If your plant health drops to 0 at any point, the game is over and you’ll need to start again.

Use your collectors to gather resources in order to grow your plant. Each type of collector can only collect a specific type of resource. Some resource is quick and cheap to collect – but beware, it can increase the likelihood of nearby threats releasing spores which damage your plant.

Buy defenders to protect your plant from the damaging spores or try to collect resources which don’t activate threats. You can spend coins on repairing and upgrading your defenders and collectors as you go.

RIZK and the accompanying Climate Changing program has been made possible by support from principal sponsors Shell and Siemens, major sponsor Bank of America Merrill Lynch, major funder the Garfield Weston Foundation, and additional support from the Department for Environment, Food and Rural Affairs, the Patrons of the Science Museum and members of the Founders Circle: Climate Changing program.