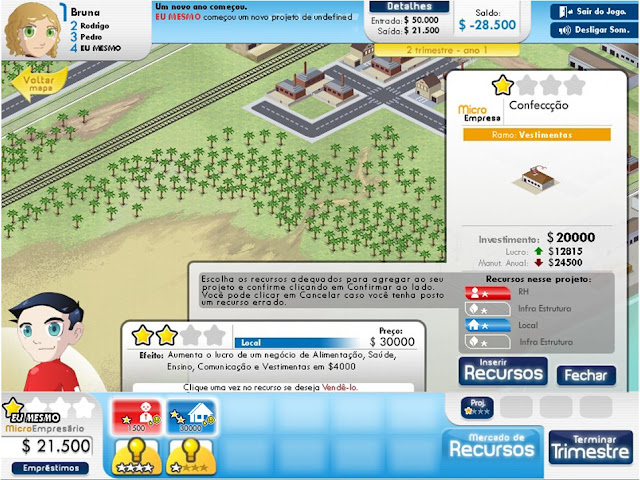 Following my prior posts, Serious Game To Evaluate Your Entrepreneurial Skills and Insolita Studios: A Head Start for Serious Games in Brazil, where I covered Insolita’s "Serious Games" portfolio, Game Sauce has just blogged about their work and the Brazilian Game Industry.

In the last decade Brazil’s economy has been flourishing, spawning all kinds of new commercial and creative initiatives. Brazil has a fond love for gaming and a growing industry to match it. Game Sauce had a talk with the cheerful Martin Fabichak, Technical Director of Insolita Studios in Sao Paulo, to find out more about him, his company and what makes the Brazilian game industry unique.

“One of the characteristics of being a young company in an upcoming industry is that you get to create all sorts of games. Insolita Studios has a diverse repertoire, from Serious Games to teach management skills, to comedic platformers featuring cavemen and devils.”

While they were making three Serious Games to encourage entrepreneurship in collaboration with professional experts, they decided to make something less serious, yet important on the side: CaveDays. “This cool platforming game allowed the company to get noticed in the Brazilian industry”, Fabichak explains.

“Afterwards we made a huge Serious Game, LudoPark. Pretty much one of the biggest Serious Games ever made because it’s a real-time multiplayer management game where 40 players compete to manage their business.” 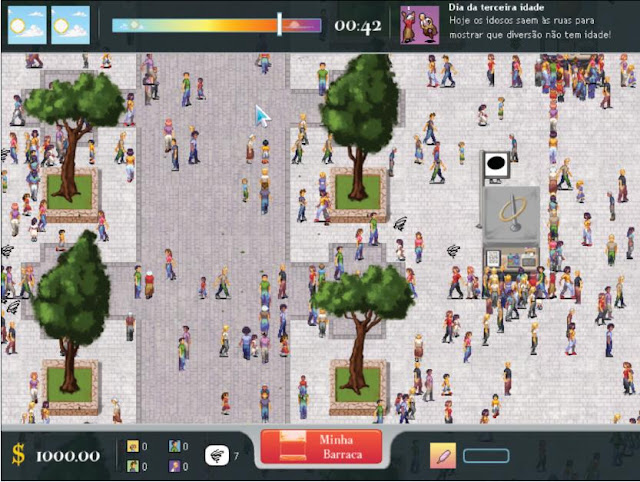 Insolita Studios than joined up with the independent Brazilian game developer Abdução. The two companies joined forces as Kidguru Studios to work on the first Sony-licensed game in Brazil for the PSP Minis platform, Freekscape.

We’re the only licensees for Sony.” Fabichak explains. “There is no one with a PS3 license here. It’s really hard to get that in Latin America. Being able to get Freekscape on the PSP Mini platform was a unique opportunity for us.”

Developing Freekscape took Insolita’s international relationships to another level in many different ways. “We developed a prototype with 3 levels and took it to GDC in 2009. There we got in touch with the publisher Creat from the US that gave us the opportunity to work with Sony that was looking for games for its new PSP Minis platform that had yet to be announced.” Fabichak recounts. 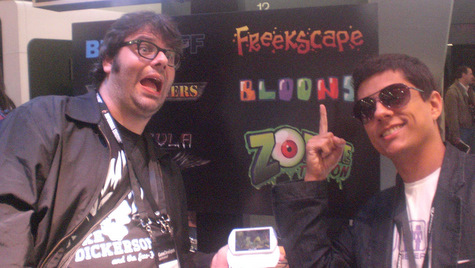 At the Sony booth at GDC 2010: On the left is Daniel, Founder of Abdução, and on the right is Fabichak's partner, Winston Petty, founder of Insolita.

“Through this project we now talk to others on a whole other level. Now we can approach publishers and companies like Sony with more ease. You can’t reach this level as a company without earning your stripes with a previous project. Now we have the credentials to talk to them and prove we can deliver on what we propose, and our partners know that. We feel like we’re on another level now.” Fabichak says proudly.