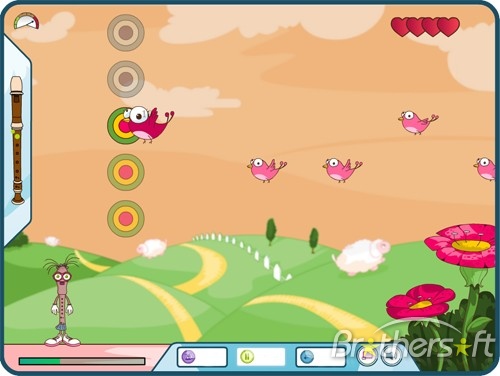 Via: JoyTunes – Music Serious Games For Fun and Education

JoyTunes has just released its educational "Serious Game" which teaches kids how to play musical instruments by playing a video game.

It has been launched as a fun and educational product that introduces a brand new way for children to learn how to play an instrument.

Please check out the media release below for the full story.

Tel Aviv, Israel – October 14, 2010 – Have you ever wanted your child to learn a musical instrument but never knew where to start or how to motivate them to play? JoyTunes is an interactive educational game that’s changing the way children are being introduced to music.

By bringing hi-tech innovation to musical education, JoyTunes teaches the skills of playing an instrument through the medium of a fun computer game. Click here to play the JoyTunes demo! or watch the JoyTunes demo videos on YouTube.

JoyTunes replaces traditional practice and monotonous exercises with exciting video games operated by a live musical instrument. The recorder is just the first in a series that will feature various instruments, and it was chosen as an ideal introduction to music because it’s simple, easy-to-use and ideal for acquiring music fundamentals. So if your child is already spending several hours a week playing video games why not make it worthwhile and add in some educational value?

Each game level is a musical exercise designed to teach crucial skills like tone production, tone stability, finger technique, basic ear training and more. Combined with an exciting original soundtrack, the game’s unique methodology has been shown to motivate children to practice and immensely shorten the learning process of playing an instrument. And by downloading sheet music of songs from the game, children can also learn how to note-read.

Research shows that children learn best when their minds are active and engaged, which is exactly why JoyTunes teaches music so effectively – children’s level of improvement is directly correlated with their motivation to beat the game. As a result, they’ll practice not just because they have to, but because they want to. In their eyes they’ll simply be playing a cool computer game, but in reality, they’ll be learning to play an instrument. Think about it: no longer will you need to beg or fight with your children to practice. JoyTunes has taken music education and added a crucial element: fun! 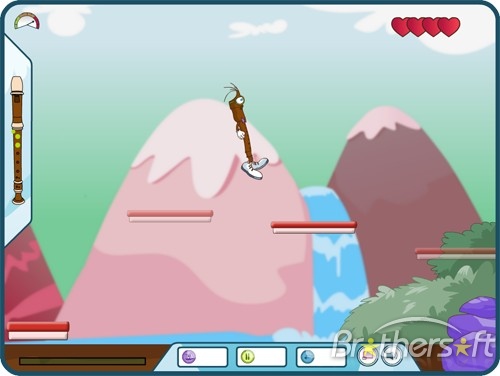 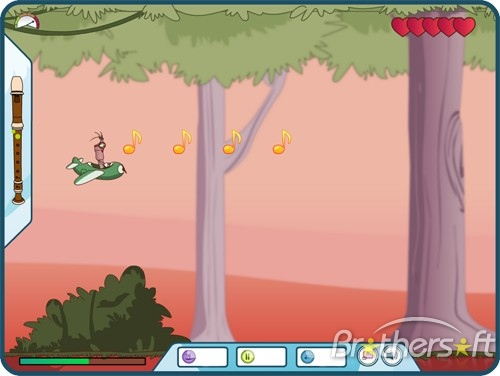 Expert Training for Your Child

This unique educational tool was created by a talented team of recorder teachers, signal analysis experts, software developers, graphic designers, psychologists and world-renowned musicians. These creative experts from each field were brought together in order to unlock the sponge-like quality of a child’s brain in a fun and engaging way, while keeping in mind the needs of music educators in the classroom.

In JoyTunes’ virtual environment of imaginative characters and magical scenes, a child’s education becomes a different kind of learning experience – the kind where practice becomes playtime and musical skills are naturally acquired.

When you play JoyTunes, its software analyzes your recorder’s sounds to manipulate objects in the game. The analyzing engine also identifies common mistakes to provide you with real-time performance feedback. It does all that without any special hardware or connections, and better yet, background noise, low-quality instruments and inexpensive soundcards and microphones are no match for JoyTunes – it will work just fine with a five-dollar microphone or recorder. JoyTunes’ novel technology, which overcomes poor conditions and provides comprehensive feedback by recognizing several features coming out of the instrument, is patent-pending. And despite the technical complexity of the game, JoyTunes is web-based and simple to play, with no special download or installation needed.

JoyTunes was recently announced the winner of this fall's prestigious Parents' Choice Award for Software. According to one Parents’ Choice review, “We were impressed by how much and how well the game encouraged our testers to practice, and by how much they learned... steady practice with the program's fundamentals may bring much-welcomed harmony to your family room.”
JoyTunes was also selected by MassChallenge from among of a global list of candidates as a Top 100 finalist for the Most Innovative Start-up of 2010. On October 15, a prestigious panel of judges will select the winner. If JoyTunes wins, they will receive a $50,000 to $100,000 award to help develop this novel approach to musical education.

How to Order & Technical Requirements

Two purchase options are available: a single-user license, wherein the game will be delivered by e-mail; and a gift pack, which includes a game CD, recorder and microphone. Gift packs are shipped within 14 working days, free of charge.

In order to play JoyTunes, you will need: a regular soprano recorder (found in any music store), a computer with a microphone and speakers (external or built-in), a Windows or Mac operating system, Internet connectivity, minimum 512 MB of RAM and a 64 MB video card (128 MB is preferred).

JoyTunes was established in 2009 with the goal of revolutionizing musical interaction through instrument-activated computer games. The methods of this unique approach to education are sure to catch on in other subjects, paving the way for a new set of educational tools for the children of tomorrow.