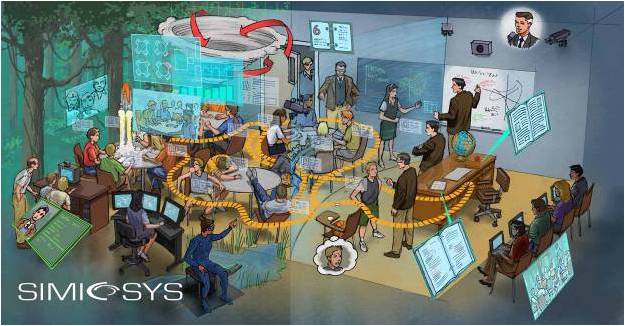 Via: The Media Convergence Laboratory at UCF’s Institute for Simulation and Training 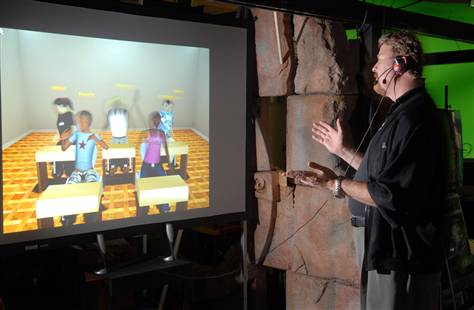 ﻿The STAR Classroom Simulator mixes computer technology and a human role-player. Christopher Stapleton, of the Institute for Simulation & Training at the University of Central Florida, interacts with virtual students in a classroom simulation program in Orlando, Fla.

The Media Convergence Laboratory at UCF’s Institute for Simulation and Training served as the research subcontract partner to Simiosys, LLC on a project to explore the feasibility of using emerging media technology to develop a unique teacher training environment. Simiosys is an acronym derived from the terms SIMulation, InterOperable, SYStems.

Partners on the project included the UCF College of Education, the UCF Interactive Performance Lab, and the Haberman Educational Foundation. The scenario developed and tested was to help train teachers in classroom management.

The virtual scenario asked participants to take part in a two-step process - first, they went through the Haberman Star Teacher interview, which has been in use in some of the largest urban school systems in the US for decades. Next, they went through the testing scenario, where they were faced with a class of five virtual middle schoolers in an urban school environment.
﻿