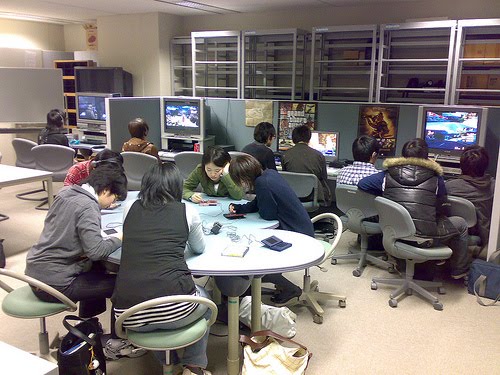 Muzzy Lane's game will be a first-person online RPG that immerses players in environments unique to each language's specific culture. Students will interact with other players and with computer-controlled characters that are voiced by native speakers.

"We are excited to be partnering with Muzzy Lane to develop a full immersion language game as a part of our new Middlebury Interactive product," said Dave Benoit, chief executive officer of Middlebury Interactive Languages. "Foreign languages are critical to the skill set of today’s young people and the combination of Middlebury's academic expertise and Muzzy Lane's gaming technology will prove to be a strong combination."

The initial versions of Muzzy Lane Software's game will focus on Spanish and French upon the project's launch later this year.

With the world growing more connected every day, the need to communicate effectively in a foreign language is clear. Despite that, only 18% of Americans speak a second language, compared to more than 50% in the European Union.

Muzzy Lane Software is an innovative developer of 3D single and multiplayer games. Based in Newburyport, Mass, the company creates its own branded games and works with partners to produce private-label games based on the company’s Sandstone platform. Sandstone delivers true 3D games in the browser, as a web service, with tight integration between the games and the web. Muzzy Lane provides simple web tools that support the customization of Sandstone games.