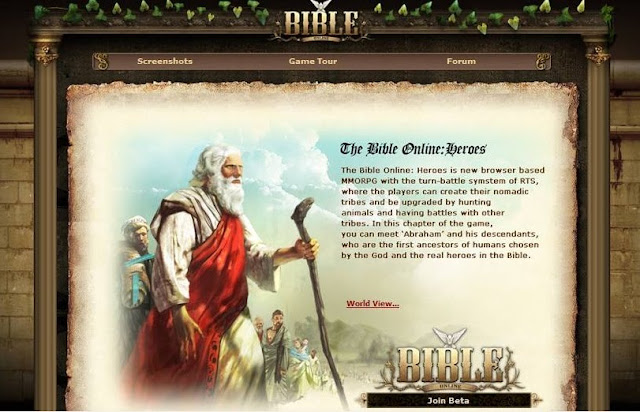 Serious Games to Get Closer To The Bible

German developer FIAA GmbH announced last week the first chapter of their new online game based on the bible. The Heroes is the first in a series of upcoming chapters of this free MMO. It is based on the first book of the bible, the Genesis. Players slip into the role of Abraham and his descendants and have the opportunity to reenact and witness the incidents of their times.

The Bible Online: Chapter 1 – The Heroes is a MMORTS (Massive Multiplayer Online Real Time Strategy Game), where players can create their own nomadic tribes and be upgraded by hunting animals and having battles with other tribes. As the leader of their tribe, players have to construct their villages, manage resources and the budget. They will have to decide between diplomacy and warfare. However, players do not stay in one place. They will go on a quest to go to the Promised Land. Leading Abraham’s tribe from Ur to Haran and finally to Canaan, players and their heroes will face many challenges before reaching their goal.

The Bible Online: Ch1. The Heroes is based on the first book of the Bible, Genesis. The game is designed for users to actually experience the Book of Genesis by fulfilling Abraham’s quests.

The tribe leader Abraham is a hero of mankind, who followed God’s calling to the Promised Land. Through playing The Bible Online. Ch 1. The Heroes, you will meet the Hero, Abraham, and see the hope of God for the salvation of mankind. 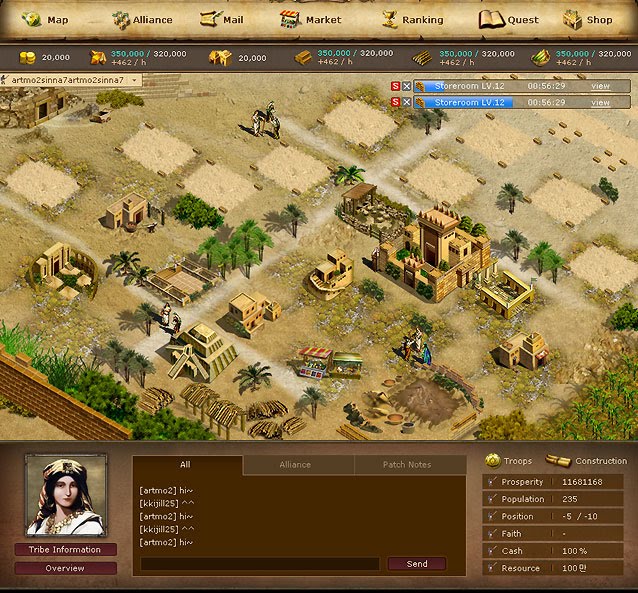 The Bible Online: Ch.1 The Heroes also offers additional elements of RPG. When Abraham dies, Isaac becomes the tribe leader and after Isaac dies, Jacob leads the tribe. Side quests allow users to experience less known stories of the Genesis. 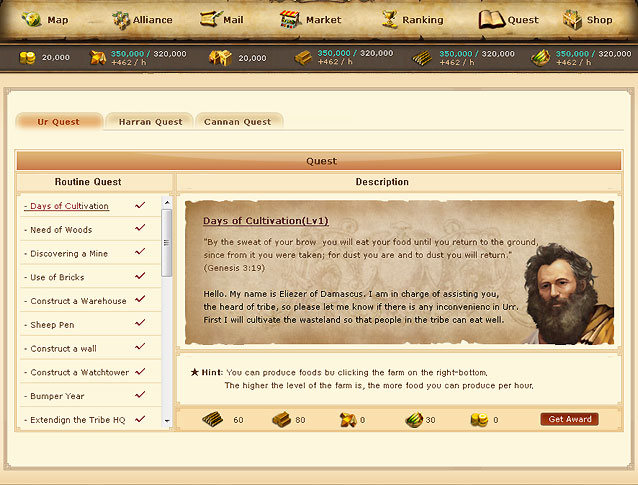 Dr. Alan Kim, president of FiAA GmbH says, “The Bible Online is developed for players of all ages to easily get closer to the Bible, while enjoying the game. The Beta is planned for the 6th of September. We plan to service the game in most of the European languages by the end of the year. We will also develop following chapters to cover all the stories of the Bible.”
About FIAA GmbH
FiAA GmbH is an online game publisher with its headquarters in Germany. FiAA is focusing on licensing and publishing online games worldwide and especially in Europe. The holding company Alan Bridge Co. Ltd. is located in South Korea and develops and licenses online games.