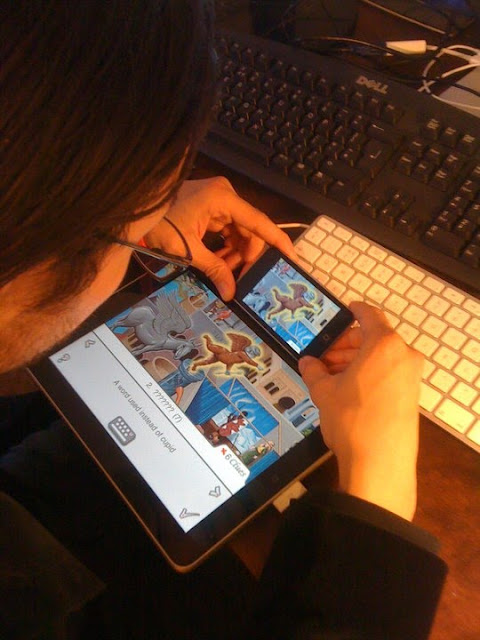 Via: Toytek – The Ultimate Alphabet Game To Be Submitted to Apple On May 20th - (Now Postponed to Next Week)

Toytek has developed Mike Wilks’s bestselling book The Ultimate Alphabet for the iPad and the iPhone, creating a unique Serious Game context for expanding both vocabulary and general knowledge. 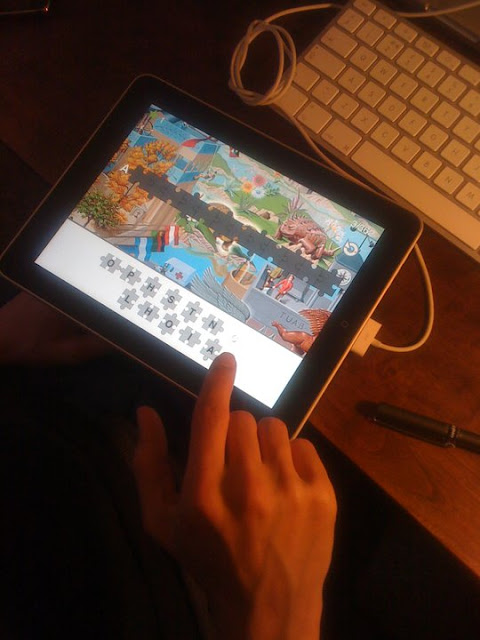 The Ultimate Alphabet is a collection of 26 paintings, each depicting a collection of objects starting with a particular letter of the alphabet. Unlike children's alphabet books, it contains unusual words, with the paintings in a realistic style, but rendered surrealistic by the strange juxtaposition of subject matter. Wilks himself appears at least once in every painting, as does his trademark snail. Each letter is itself represented several times, typically in braille, morse code, semaphore, and sign language as well as in its printed form. 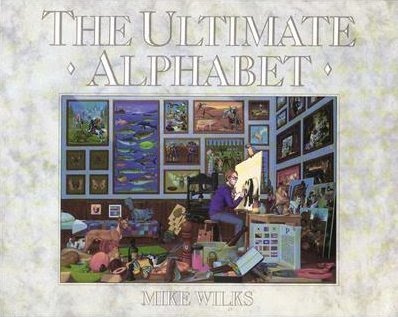 According to Wilks the book contained depictions of 7,777 words in total ranging from just 30 for the letter X to 1,229 for the letter S, taking a total of 18,000 hours to complete. A single object may be described by more than one word beginning with the same letter: for instance, a Dalmatian is also a dog and a witch is also a woman. Conversely, the same word may refer to more than one class of object: thus the leg of a tripod and the leg of a human being count as two separate words, and the image for K depicts several types of king. However, as Wilks points out in his Introduction, "anyone with expertise in any particular subject will certainly be able to identify more in these images than I have intentionally included". 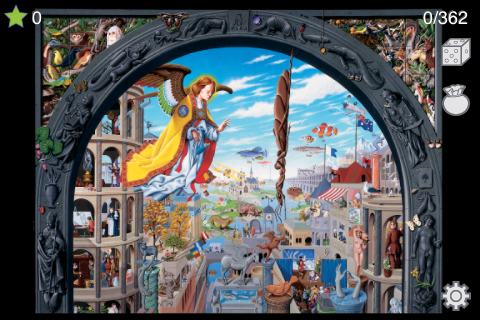 The letter A contains 361 objects/ things to find and name.
Try and spot an amputee (he is also an athlete although not animate), an abbey, an apricot, an atlas (naming the oceans and continets that you find there), an artilleryman and his ammunition, an aardvark, an autogyro (why would it be upside down?), an ark full of animals, an aerial paled by the distance, the Egyptian god Annubis and a close colleague... 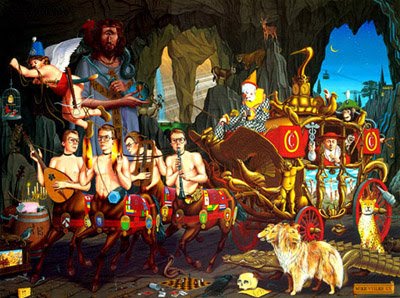 There are 436 objects to find begining with letter C.
Look out for a celibate catholic clergyman or cleric and his somewhat relevant pet, a carved cryptogram and also a clue to crack it with, a cliff bathed in crepuscular light, a clarinetist and his clarinet, a camouflaged chameleon, a cave or cavern complete with cracks and crevices, a crowing cockatrice and a curious face on a clock that needs to be thought about. 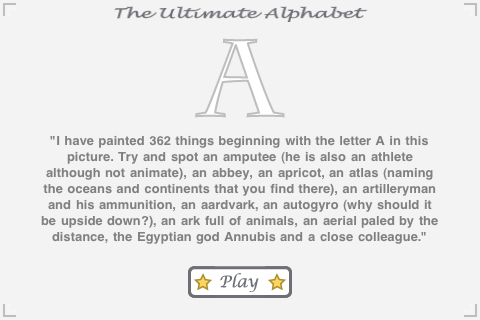 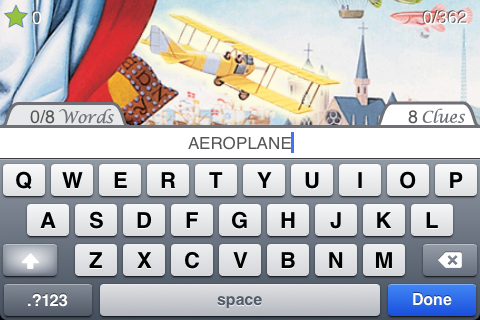 The challenge is for the player to find thousands of strange, wonderful and obscure words while exploring these dreamlike landscapes. Clues and anagram puzzles are offered to assist the player in completing each Letter.