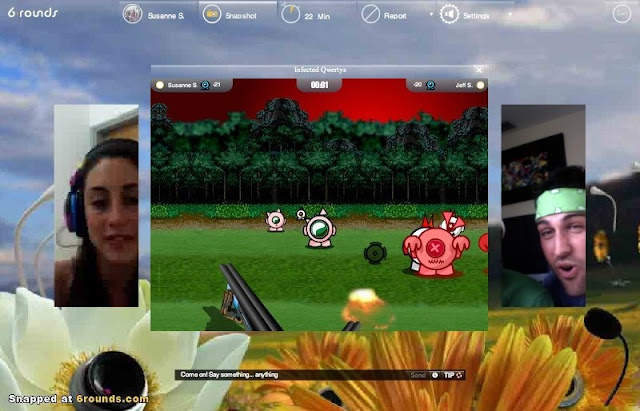 6rounds is a flash-based social entertainment platform that challenges traditional video chatting methods by creating a beautifully designed, simple to use, and user friendly platform.

It offers people a real place to meet, video chat, collaborate, feel close to one another, and to have fun together. By combining webcam chats, interactive activities and real-time games, 6rounds has managed to bridge the gap between the offline and online worlds in an entertaining, playful, fun and friendly experience. 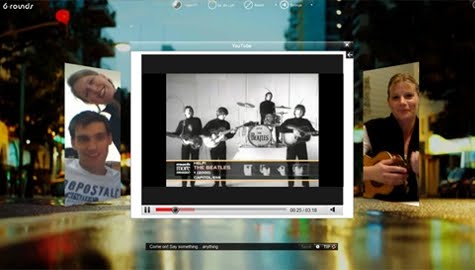 6rounds is an interactive online environment, based on a combination of webcams, real-time games, media activities and social engagements.

In September of last year, 6rounds was chosen to be featured as one of the first six Google Wave extensions, and the only video chat extension to date. It is constantly updating new versions of the extension, as well as launching new and exciting wavy features. Such features include a live snapshot stream containing snapshots taken from sessions within all waves. In addition, 6rounds was invited to participate in Google I/O this week, where it will be announcing the launch of its developers API 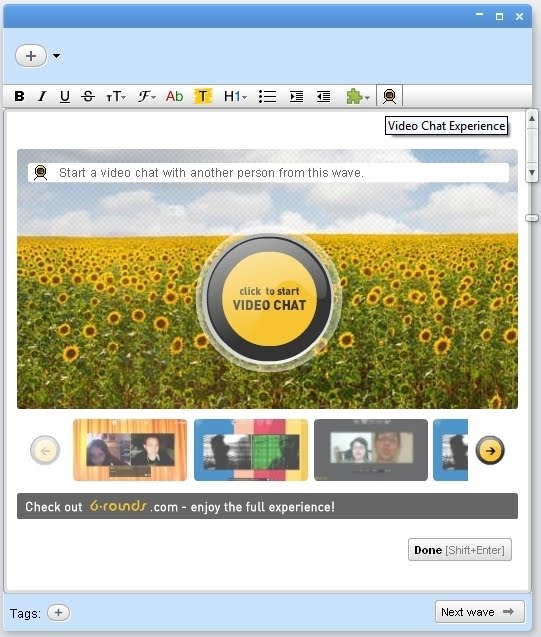 Using 6rounds simple API, developers can quickly and easily transform their existing social activities and games into 6rounds video chat experience, or create new inspiring applications, within a mere 15 minutes. Both can leverage the platform's inherent ability to deploy gifts, effects, and background themes into the video chat environment. Furthermore, the developers will soon have the opportunity to embed their activities in a stand-alone widget, anywhere across the web, which will allow even faster distribution of their products.

“As developers ourselves, our focus was to create something that will speed up the development process and concentrate on game functionality instead of platform boundaries” says Gadi Srebnik, VP Product Director of 6rounds. “Typical social activities are focused primarily on an asynchronous experience. 6rounds finally changes this”, states Co-Founder and COO, Ilan Leibovich.

Developers are invited to create real-time multi-user rich activities through 6rounds API. They can incorporate their activities with video streaming and text chatting, sync users’ events and mouse movements, customize the user backgrounds and webcam effects, as well as use visual gifts to enhance the video chat experience. These features create a breathtaking experience for the users and prolong their interaction within the platform. 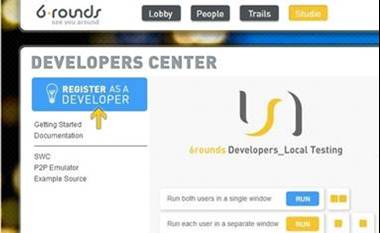 In addition to the launch of its developers API, 6rounds has plans for quite a few more announcements this year. Such announcements include its much anticipated Facebook video chat application, as well as its ability to support many-to-many video chat sessions. Stay tuned for more updates, or check out the 6rounds Blog.

It’s also important to mention that 6rounds video chat experience is a cross-platform environment whose core components can be integrated into other websites and social networks. Whether it be through its current destination site, or through external widgets, extensions and applications.

6rounds is leading the way for an open video chat platform and is welcoming all developers to join it in creating a live, real-time, face to face, streamed web.