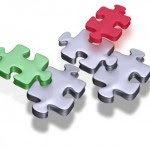 SharpBrains Blog has just posted one of the Research Executive Briefs that will be included in SharpBrains’ 2010 market report, to be unveiled on May 24th.

SharpBrains asked leading neuroscientists to share findings and implications from their own recent published scientific studies in order to better forecast the development trajectory of emerging applications for cognitive health and brain fitness, highlighting the need for special attention in the choice of the games to be used when considering potential real-world applications.

Over the past ten years, research conducted by our lab and others has shown that playing fast-paced, action-packed videogames can lead to significant benefits in how well one pays attention and how well one sees.

Specifically, our studies have shown that training for as little as ten hours on action video games (like Medal of Honor, Call of Duty, and Unreal Tournament) can lead to measurable enhancements in our ability to spread our attention around the visual field, our ability to keep track of multiple moving objects, and our ability to pick out relevant information from a rapid sequence of visual events. Most recently though, we have shown that action videogame training can also positively affect more basic aspects of vision such as our ability to resolve small details or see faint patterns.

2. Context to understand those findings (i.e., why are they significant and relevant):

Though the ability to detect fine differences in shading may not sound impressive in itself, this ability underlies and has profound implications for nearly all other functions of everyday vision. Detecting differences in brightness allows us to identify lines and edges, which in turn allows us to perceive objects as distinct from their backgrounds. Doing this becomes much more difficult when visibility is reduced or in poor lighting. Thus, those who have greater contrast sensitivity can better see obstructions or other objects while driving at night or in fog, for example. They can read better, navigate better, identify objects better, and generally operate more effectively overall, especially in dim light.

Using a similar approach, we have previously found that playing action videogames also improves the resolution of vision. Our ability to resolve small details in clutter is a prime determinant of our ability to identify specific objects in a crowded visual environment. Reading, too, is an example of the kind of visual chore that is dependent upon visual resolution.

3. Implications for healthcare, technology and/ or education:

Given the crucial role of contrast sensitivity and visual resolution in everyday vision and the vast number of people for whom this ability is compromised (by gradual age-related deterioration or by acute visual impairments such as amblyopia), the importance of this discovery is apparent.

Poor vision is often treated by corrections in the optics of the eye, but optical problems only account for a portion of these cases; many times the problem lies in the brain. Since the improvements induced by action videogame playing take place in the brain, not in the eye, videogame training could make a difference above and beyond eye-based treatments for those with low vision.

Thus, we suggest that interventions that include action videogame play as a component could be used to enhance the visual abilities (and thus the overall quality of life) of many who suffer from low vision. We are currently assessing the effectiveness of just such an intervention for both amblyopic patients and older adults.