Serious Games Get UPS Rookies Ready For The Road 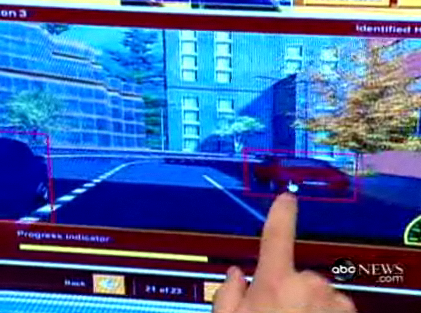 Training for a spot in the UPS driver fleet involves playing Serious Games that puts the trainee in the driver’s seat with plenty of obstacles. For instance, one game has the trainee complete five successful deliveries within 19 minutes.

United Parcel Service Inc. (UPS) realized that they needed to make an adjustment when their younger drivers began to need significantly more time to become proficient, and more of them were leaving the company during their initial training period.

With the aid of a US$1.8 million grant from the Department of Labor, they studied the way young people learn in a world of video games and smart phones. In collaboration with MIT; Virginia Tech; and the Institute of the Future, they build a high-tech, next-generation training facility called UPS Integrad.

This facility offers 3-D simulations and webcasts along with traditional classroom instruction. Trainees are recorded to show them how they look in action. UPS teach them to drive in a replica outdoor city called Clarkville that has real streets, street signs, sidewalks, and simulated commercial and residential delivery and pickup sites.

The Integrad program has so far “exceeded expectations” in all three of the program’s primary goal areas, which include enhanced DSP (Driver Service Providers) safety, decreased new driver turnover, and accelerated time to proficiency.

Here is a recent Wall Street Journal article on the achievement.

UPS Thinks Out of the Box on Driver Training
by Jennifer Levitz
Wednesday, April 7, 2010

Vexed that some 30% of driver candidates flunk its traditional training, United Parcel Service Inc. (UPS) is moving beyond the classroom to ready its rookies for the road.

In the place of books and lectures are Serious Games, a contraption that simulates walking on ice and an obstacle course around an artificial village.

Based on results so far, the world's largest package-delivery company is convinced that 20-somethings -- the bulk of UPS driver recruits -- respond best to high-tech instruction and a chance to hone skills.

Driver training is crucial for Atlanta-based UPS, which employs 99,000 U.S. drivers and says it will need to hire 25,000 over the next five years to replace retiring Baby Boomers.

Candidates vying for a driver's job, which pays an average of $74,000 annually, now spend one week at Integrad, an 11,500-square-foot, low-slung brick UPS training center 10 miles outside of Washington, D.C. There they move from one station to another practicing the company's "340 Methods," prescribed by UPS industrial engineers to save seconds and improve safety in every task from lifting and loading boxes to selecting a package from a shelf in the truck. 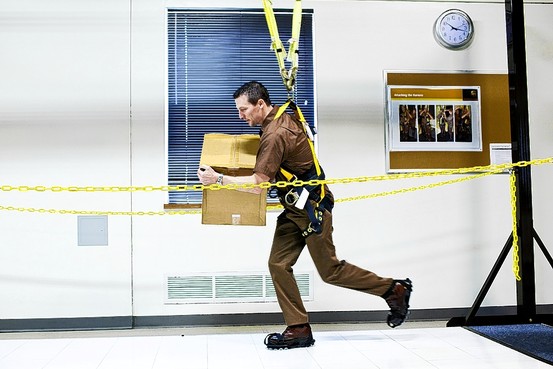 UPS drivers learn to walk on ice with the help of a "slip and fall" simulator, which combines a greased floor with slippery shoes. 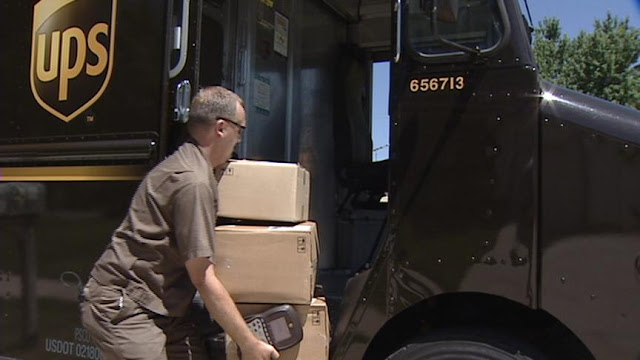 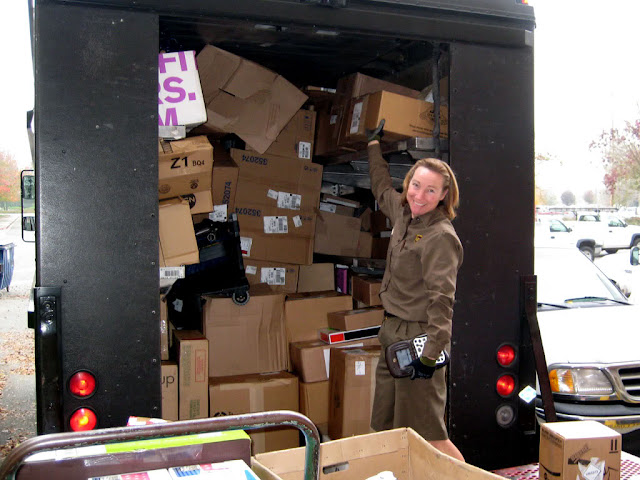 They play a "Serious Game" that places them in the driver's seat and has them identify obstacles. They progress from computer simulations to "Clarksville," a village of miniature houses and faux businesses on the property where they drive a real truck and must successfully execute five deliveries in 19 minutes.

So far, the new methods, designed by UPS and researchers from Virginia Tech, are proving successful, UPS says. Of the 1,629 trainees who have completed Integrad since it began as an experiment in 2007, only 10% have failed the training program, which takes a total of six weeks overall and includes 30 days driving a truck in the real world. UPS is known for promoting within, and many driver candidates began as UPS package handlers or other employees.

By getting out of the traditional classroom and using technology and hands-on learning, "we've enhanced the probability of success of these new drivers," says Allen Hill, UPS's senior vice president of human resources. A second Integrad will open in the Chicago area in the summer, and the training methods will eventually go company-wide, he says.

"Are you ready for this? Shake the nerves out! Take a deep breath," cheers Chris Breslin, a graying Integrad instructor, rallying his fresh-faced recruits on a recent day.

As Nick Byrnes, a 23-year-old with a buzz cut and black Ray-Ban sunglasses, drove through Clarksville, a UPS instructor tossed a football in his path. Mr. Byrnes hit the brakes. But then, when he hopped out to deliver a package, instructor Mike Keys sneaked an orange traffic cone in front of the truck.

Mr. Byrnes hopped back in and started up. "Stop! Stop! Ugh!" yelled Mr. Keys. He picked up the cone. "This is a kid who was playing football around your vehicle and went to get his ball."

Mr. Byrnes looked shaken and slapped his forehead. The lesson stuck: At the next stop, he checked for cones.

UPS isn't the only company using new training tools. Food Service Company Sodexo Inc. has recruited chefs through "Second Life" virtual job fairs and Cisco Systems Inc. (CSCO) has taught programming techniques through videogames. FedEx Corp. says it, too, has moved toward more hands-on learning in the past five years, although it adds the change wasn't prompted by a high failure rate among trainees.

On a recent day, UPS students at Integrad moved through "kinetic learning" modules. In one corner, they practiced loading and unloading packages from a UPS truck with clear sides, timed by instructors.

UPS allows 15.5 seconds to park a truck and retrieve one package from the cargo, which is arranged in order of delivery.

Over at the "slip and fall" machine, an instructor greased a tiled runway in preparation for a regular drill: Students must carry a 10-pound box down the surface -- while wearing shoes with no real tread. Luckily they wear a safety harness, as most flail around like drunken ice skaters until they are taught to stand straight and take slow baby steps. (This is the one time UPS relents on its rule that drivers walk at a "brisk pace," or 2.5 paces per second.)

In another corner, Rich Gossman, at 37 the oldest in the group, was slumped at a videogame that tests recruits' ability to find sales leads for UPS, something today's drivers are expected to do. The game puts his avatar in rooms where he has to identify competitors' packages.

Mr. Gossman, a married father, works overnight at a UPS warehouse, unloading packages for $12.50 an hour. Being a UPS driver appeals to him because of the pay and job security.

"This has been the most stressful week of my life," he said. But as he played the game Mr. Gossman got a pat on the back from UPS supervisor, Peggy Emmart. "I saw you identify that competitor package," she said.

Trainees must pay attention to detail and appearance and work as a team. Students whose brown uniforms aren't ironed properly -- hanger creases are forbidden -- lose points for their teams, as does any trainee caught without his keys. UPS requires drivers to wear keys on their ring fingers to avoid wasting time searching for them.

"Raise your hands," Mr. Breslin ordered one group. Five jingling pairs of hands went up. "Good job," he said, clapping. "See how easy it is to bond with your keys?"