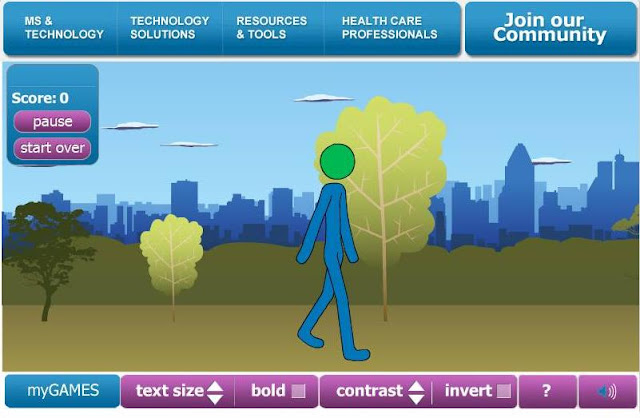 The National Multiple Sclerosis Technology Collaborative released last year myBrainGames  - a free suite of online cognitive games designed to meet the needs of people with multiple sclerosis (MS). Red Hill designed, developed and produced these games in close collaboration with leading neurophysiologists to insure that they focus on the particular cognitive functions that can be impaired by MS.

The grants are part of the American Recovery and Reinvestment Act of 2009. To date, California has been awarded over $20.4 billion in stimulus grants, according to Recovery.gov.

"These two grants are the start of what may become a massive new area of health care," said Bob Hone, creative director of Red Hill Studios. "The emergence of low-cost motion sensing technologies has created an entirely new type of rehabilitation: physical therapy games. As a baby-boomer with a bad back, I know firsthand that physical therapy can be boring and tedious. These games will help make rehab fun and productive."

The Red Hill Studios/UCSF team previously received a Phase 1 Small Business Technology Transfer Research grant in 2007 from the NIH in the emerging field of computerized physical therapy games— the first research team in the United States to receive such an award. The grant funded a study that successfully demonstrated the feasibility of using low-cost gaming equipment to create therapeutic games for people with Parkinson's disease.

"As the baby boomer population ages, the incidence of Parkinson's disease will increase dramatically, impacting health care costs and the quality of life for millions of people. Despite this, very little research has been done on using interactive technology for rehabilitation in these patients," said Glenna Dowling, RN, PhD, chair of the UCSF Department of Physiological Nursing. "The tailored games used in Phase 1 of the study were well-received and we are very optimistic that patients will use the program at home."

The new NIH grants and their areas of focus are:

- Parkinson's disease - A two-year grant of $909,505 to develop a suite of eight physical therapy games specifically designed to elicit beneficial movements from people with the disease.

- Cerebral palsy - An eight-month grant of $196,089 to develop and test a prototype game based on movements shown to improve motor control in children with cerebral palsy.

"Creating games that are both fun to play and provide concrete medical benefits takes a special kind of team," said Hone. "The collaboration between Red Hill Studios and UCSF is the perfect combination of an experienced Serious Games developer and an outstanding health sciences research center. We are much more than the sum of our parts."

UCSF is a leading university dedicated to promoting health worldwide through advanced biomedical research, graduate-level education in the life sciences and health professions, and excellence in patient care. The UCSF School of Nursing consistently is one of the top recipients of NIH funding in its field and ranks among the top nursing schools in the nation by "US News and World Report."

The National Institutes of Health, a part of the U.S. Department of Health and Human Services, is the primary Federal agency for conducting and supporting medical research. Helping to lead the way toward important medical discoveries that improve people's health and save lives, NIH scientists investigate ways to prevent disease as well as the causes, treatments, and even cures for common and rare diseases. Composed of 27 Institutes and Centers, the NIH provides leadership and financial support to researchers in every state and throughout the world.