China’s Online Games Market To Triple To $9.2 B 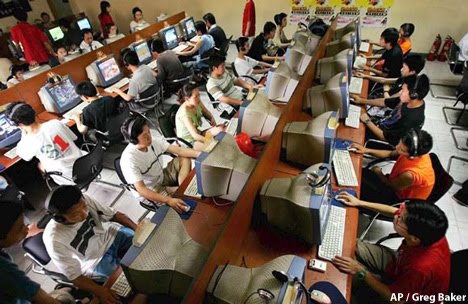 The annual review and forecast on online gaming and Chinese gamers shows strong growth by Chinese online game operators, despite a harsh regulatory environment particularly for foreign games, and a gamer base that has become increasingly discerning about game quality. Niko had forecast 2009 revenue to reach $3.65 billion. For 2010, the firm predicts that the online game market will reach $4.5 billion and enjoy a healthy CAGR of 20.9% over the next five years with revenue reaching $9.2 billion in 2014.

“While the global economic downturn hurt video game publishers in much of the world, China’s online game industry reflected no pain in 2009 and gamers continued to embrace online games as the best inexpensive source of social entertainment available,” said Lisa Cosmas Hanson, managing partner of Niko Partners. “While the era of online gaming is generating lots of interest and  growth opportunity in the West, China is one of the countries where online gaming is a well established market segment that extends its reach to more and more Chinese consumers every year.”

Niko’s upcoming report will include data and analysis on all segments of China’s video game industry, gamers, Internet cafés, developers and regulations. Key insights about online games and Chinese gamers in the report include:

• Chinese gamers prefer the Free-to-Play (F2P) model of online games in which online operators generate revenue via the virtual economy, rather than the time-based model in which access is provided for a fixed number of pre-paid hours.

• 63% of gamers surveyed increased their spending on online games in the past year.

• The primary reasons gamers with PCs at home go to an Internet café are to be social with their friends and to participate in gaming competitions.

• At least 65% of gamers use Internet cafés at least part of the time.

The company is based in Silicon Valley and Shanghai, and its clients include worldwide leaders in game software, hardware, and services, as well as hedge funds, media companies, trade associations, and management consulting firms, all of whom have a vested interest in a thorough understanding of China’s video game industry.

The company launched DFC-Niko Emerging Markets in partnership with DFC Intelligence in February 2010 to extend its expertise and be able to cover 10 additional countries.