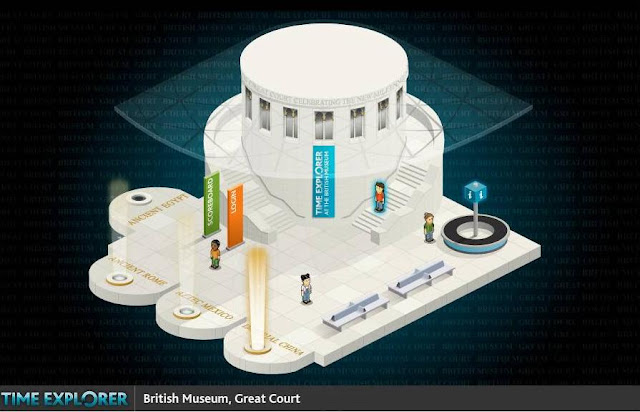 The British Museum's new website for kids called Young Explorers is all about world histories and cultures. It has games, including the amazing Time Explorer, and more.

Time Explorer is the new adventure game from the British Museum. In Time Explorer, players have to travel back in time to explore ancient cultures and rescue precious objects from imminent disaster.

The game was created by the graphics and interactive consultancy GR/DD. Responding to a brief to design an engaging and educational game, the consultancy has developed Time Explorer, an isometric puzzle and action game which aims to be historically accurate and reference objects from the museum’s collections.

The consultancy won the contract having been invited to tender by the museum, seeing off 12 shortlisted groups in late 2008, according to lead designer Tim Smith.

Aimed at 9- to 14-year-olds, the game invites players to ‘travel back in time’, where they interact with figures of history to save artefacts from being destroyed by natural disasters.

Smith says, ‘We tested the game in a school and found that it actually had a much broader appeal than just 9- to 14-year-olds.’ 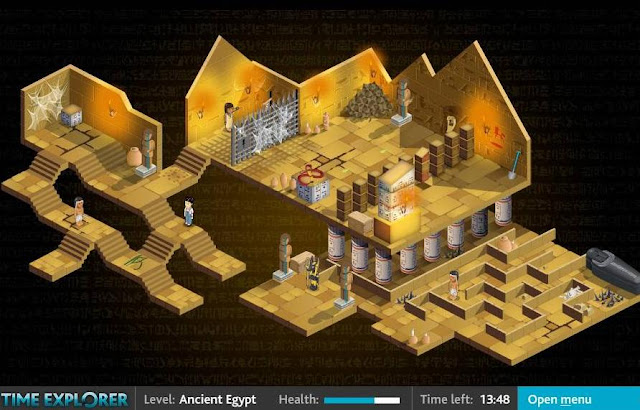 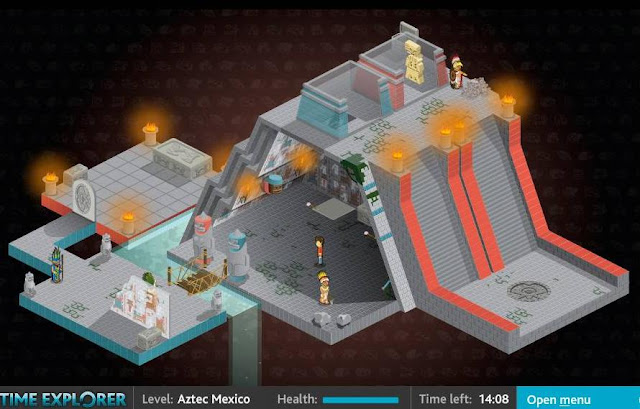 Your task is to find and rescue the endangered treasured objects and return them to the local people, by solving challenges along the way.

For useful topic help, players can go to the Discover section and find out about more than 500 objects from the museum's collection.