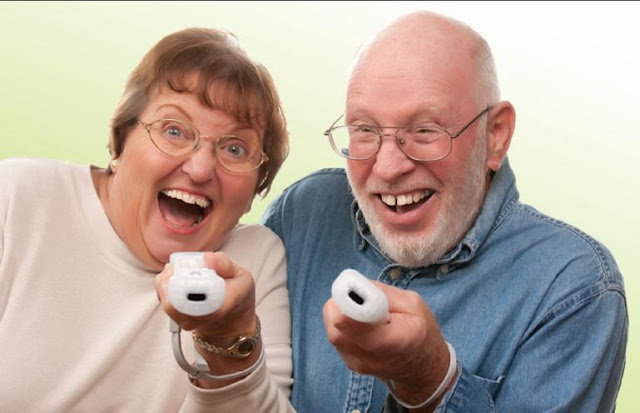 Exergames may be an easily performed, entertaining, and viable method of promoting physical activity in older adults

Sam and Rose Stein Institute for Research on Aging at the University of California, San Diego School of Medicine has found that Exergames may produce health benefits among older adults exhibiting symptoms of subsyndromal depression (SSD).

In a pilot study, the researchers found that use of Exergames significantly improved mood and mental health-related quality of life in older adults with SSD.

The study, led by Dilip V. Jeste, MD, Distinguished Professor of psychiatry and neurosciences at UCSD School of Medicine, Estelle and Edgar Levi Chair in Aging, and director of the UC San Diego Sam and Rose Stein Institute for Research on Aging, appears in the March issue of the American Journal of Geriatric Psychiatry.

SSD is much more common than major depression in seniors, and is associated with substantial suffering, functional disability, and increased use of costly medical services. Physical activity can improve depression; however, fewer than five percent of older adults meet physical activity recommendations.

In the study, 19 participants with SSD ranging in age from 63 to 94 played an Exergames on the Nintendo Wii video game system during 35-minute sessions, three times a week. After some initial instruction, they chose one of the five Nintendo Wii Sports games to play on their own -- tennis, bowling, baseball, golf or boxing.

"The study suggests encouraging results from the use of the Exergames," Jeste said. "More than one-third of the participants had a 50-percent or greater reduction of depressive symptoms. Many had a significant improvement in their mental health-related quality of life and increased cognitive stimulation."

"The participants thought the Exergames were fun, they felt challenged to do better and saw progress in their game play," Jeste said. "Having a high level of enjoyment and satisfaction, and a choice among activities, Exergames may lead to sustained exercise in older adults."

The study was funded in part by grants from the National Institute of Mental Health, the UCSD Sam and Rose Stein Institute for Research on Aging, and the Department of Veterans Affairs.

The benefits of physical activity for adults, both young and old, have been widely publicized. Regular exercise has been shown to improve a myriad of health conditions, from arthritis and diabetes to hypertension and cardiovascular diseases.

Based on this theory, researchers at the Stein Institute for Research on Aging recently teamed up with members of the Department of Family and Preventive Medicine and the California Institute for Telecommunications and Information Technology to evaluate a new and surprising way to increase the accessibility of exercise through the use of active video games, or Exergames.

The Stein preliminary study evaluated the effects of Exergame use on older adults.

Three older adults were invited to try various commercially available gaming systems. As a result of their feedback, the Nintendo Wii system was selected for the study. Then twenty-three older adults were recruited from various sites in San Diego and trained to use Exergames; they played for three thirty-minute sessions every week. Participants were also trained in appropriate warm-up and cool-down exercises to minimize their risk of injury. The trial lasted a total of twelve weeks (three months).

At the end of the study, nineteen participants had completed all twelve weeks of the study. Seventeen participants were followed for twelve more weeks. Even though this was a small group, there were significant improvements in overall mood and quality of life. Just as notable was the fact that no participant reported any injury or pain as a result of this study.

This preliminary study was promising in several ways. First, it suggested that Exergames may be an easily performed, entertaining, and viable method of promoting physical activity in older adults.

Second, it showed that engaging in physical exercise using Exergames may have multiple benefits, including improvement in depression and quality of well-being.

Third, with appropriate instruction, older adults were found to be able to use Exergames systems in their homes to make exercise more convenient.

And finally, with training, physical injuries could be minimized through proper precautions and appropriate warm-up and cool-down exercises.

There is promise that Exergames may offer a safe, effective, and entertaining means of promoting physical and mental activity in older adults. At the Stein Institute, we are excited by the possibilities and potential benefits of Exergames and are currently planning several new studies to build on this work in collaboration with other researchers at UC San Diego.