The Power Of Serious Games For Training Critical Skills 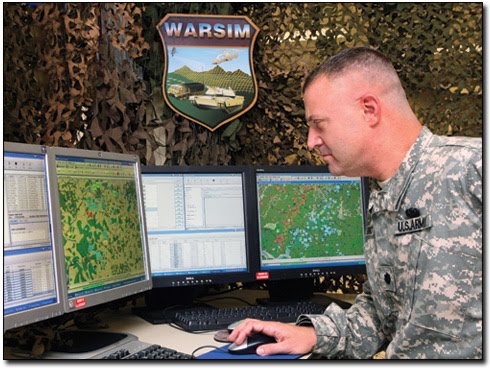 Every Soldier who deploys uses some type of simulation to train critical warfighting skills. Simulations help soldiers hone their skills, rehearse their missions and return to their families safely when their missions are complete. PEO STRI responds quickly to critical, emerging requirements with innovative acquisition and technology solutions and puts the power of simulation into the hands of America's warfighters.

Headquartered in Orlando, Fla., the U.S. Army PEO STRI executes an annual budget of more than $3 billion. In addition to providing interoperable training and testing solutions and program management, PEO STRI provides life cycle support for the Army's most advanced training systems around the world.

PEO STRI plays a fundamental role in sustaining the quality and viability of U.S. Soldiers by providing them with the best available training enablers. Adaptive, versatile and full-spectrum training ensures we never place our Soldiers in a fair fight.

Over the past year, PEO STRI made significant strides to combine the virtual and constructive training environments by integrating Synthetic Environment Core and One Semi-Automated Forces. Building commonality and interoperability among training systems lends itself to greater training fidelity and realism for the Soldier, and a significant cost-savings for the Army.

In 1974, the U.S. Army recognized the need for new training technologies in the face of the advancing Soviet threat in Europe and established the Project Manager for Training Devices (PM TRADE). In 1976, the Army consolidated PM TRADE with the Army Training Device Agency. During the late 1980's, PM TRADE moved from the Navy base to Central Florida's Research Park.

The Army proved the importance of simulation and training in 1991 with a swift victory in Operation Desert Storm. The U.S. Army's Simulation, Training and Instrumentation Command was activated on August 1, 1992, in Orlando, FL. Then in 2003, Brig. Gen. Stephen Seay became the first Program Executive Officer for PEO STRI. On June 2, 2005, Dr. James T. Blake was named the organization's first civilian leader. The partnerships that have been established and nurtured for over the years have produced a thriving and responsive simulation industry that is proudly referred to as the Center of Excellence for Simulation and Training.

The simulation accounts for the time and space factors associated with large unit movements (division and corps) as well as the differences between heavy and light units. The simulation allows all units, including combat support and combat service support units, to be committed to combat operations in response to threats in a rear area.

The WARSIM system uses a software computer-based simulation and associated hardware to support the planning, decision-making and operational execution of unit commanders and their staffs from battalion through theater level as well as the training events in educational institutions. Designed and built using modern computer technology, modern software engineering techniques and verified and validated algorithms and databases, WARSIM will allow units worldwide to train using their organizational real-world command and control equipment. The system is compliant with the High-Level Architecture (HLA).

The two primary initiatives under the SE Core program are the Architecture and Integration (A&I) and the Database Virtual Environment Development (DVED). The A&I's primary mission is architecture analysis and development of the Virtual Simulation Architecture (VSA) to provide a Common Virtual Environment (CVE) that links system and non-system virtual simulations into a fully-integrated and interoperable training capability. 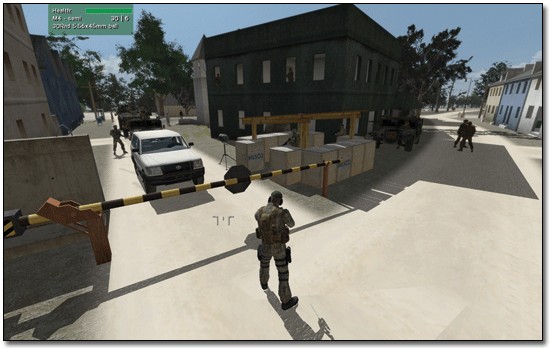 The VSA utilizes a product line approach that emphasizes systematic reuse and interoperability and provides the foundation and guidelines for developing Common Virtual Components (CVCs). The CVCs will enable plug-and-play operation and will be designed to provide common training elements for use within the Army's virtual simulation domain.

Through commonality, the VSA and CVCs will reduce future development and life-cycle costs. In addition, A&I is integrating the U.S. Army's One Semi-Automated Forces (OneSAF) into both the Close Combat Tactical Trainer (CCTT) and the Aviation Combined Arms Tactical Trainer (AVCATT) systems. DVED's primary mission is to rapidly generate correlated simulation system runtime databases for supported simulation systems. A master SE Core database is populated from a union of multiple authoritative data sources by using a DVED-defined software architecture, processes and a suite of commercial and government-off-the-shelf database development software tools. The DVED architecture and tools will enable the generation of master SE Core databases in hours or days vice months. The DVED effort will also develop common virtual vehicle models, common virtual sensor simulation software and virtual simulation components. With SE Core as the foundation, the Army will leverage existing virtual simulation systems as well as expand the overall use of virtual simulation within live, virtual and constructive environments to support ongoing Army transformation.