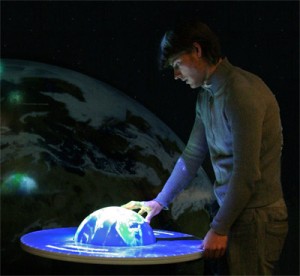 Via: Interactive Multimedia Technology - Globe4D: See How The Earth Changed Over Time


Globe4D is an interactive, four-dimensional globe that started as research project at Leiden University, The Netherlands. It's a projection of the Earth's surface on a physical sphere. It shows the historical movement of the continents as its main feature, but it is also capable of displaying all kinds of other geographical data such as climate changes, plant growth, radiation, rainfall, forest fires, seasons, airplane routes, and more.

Flat screens in classrooms and museums are outdated when it comes to learning about the earth. Globe4D extends the functionality of traditional globes found in many households and schools by allowing people of all ages and backgrounds to learn in an entertaining way about how a planet changes over time. 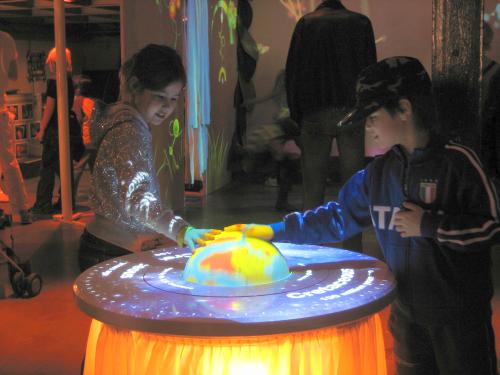