BBC Back To The Games Market 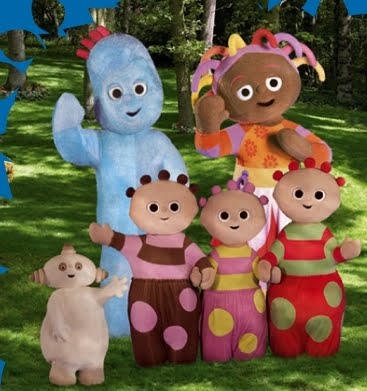 Via: MCV - BBC Gets Back Into Games

The BBC's commercial arm is to make a return to the world of games "in a big way" following the closure of its multimedia division in 2005, reports exclusively industry news source MCV.

The Worldwide department has even hired a former EA and Yahoo exec, Robert Nashak, as executive VP of digital entertainment in order to do so.

Children's brands such as "In The Night Garden" are said to be ripe for DS and Wii games, while Doctor Who titles could appeal to the older child and the likes of Top Gear to the big kid in all of us.

"We are open to conversations with anybody in games about all kinds of business models to see how we can extract more value", MCV quotes Neil Ross Russell, MD of children's and licensing as saying.

"Outside of Disney we have the most well-known line-up of children’s characters around the world".

Here is the full article :

After spending years sat on the fence, the BBC is returning to games in a big way, MCV can exclusively reveal.

Via its commercial arm BBC Worldwide, the broadcaster is courting both publishers and developers to turn Doctor Who, Top Gear, In The Night Garden and many, many more into games for all audiences.

No stone will go unturned: the BBC wants to see its brands on iPhone and Facebook as much as it wants to see them on DS and Wii.

“We are open to conversations with anybody in games about all kinds of business models to see how we can extract more value,” said Neil Ross Russell, MD of children’s and licensing.

“Outside of Disney we have the most well-known line-up of children’s characters around the world.”

It’s a big about-turn for the broadcaster. The BBC closed its Multimedia division in 2005 after sales crashed in its boxed product business, subsequently aborting an attempt to get a PS2 game of spy thriller Spooks off the ground.

“We’ve been reactive to the market in the last few years,” explained Dave Anderson, head of multimedia development at BBC Worldwide.

“There were a few opportunistic licensing deals, but we were largely aggregating and holding on to our properties to wait and see how the market developed.”

The new effort will push key kids’ IPs towards games for DS and Wii, while more long-running brands find their feet on all sorts of platforms.

But the move goes beyond just licensing out properties.

Said Ross Russell: “What we’re trying to do is build the brands here – this is not about opportunistic licensing. If we wanted to do that we would have done more with these key brands over the last few years.”

As part of the move, BBC Worldwide has hired former EA and Yahoo exec Robert Nashak as EVP of digital entertainment. More details on his appointment will follow tomorrow.

MCV will reveal more on BBC's new strategy to fund new titles based on its properties and work closer with games publishers and developers next week.