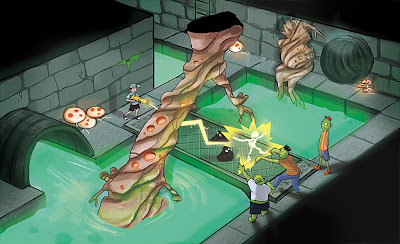 Via: The Zombie Experiment

Announcing the xaitment AI Partnership!
xaitment is Loading the Game with Brains

Partnership announced between xaitment GmbH and Hive Media, Inc. to aid to the development of the AI behaviors in the Zombie Game Experiment

Hive Media to use xaitment’s AI game tools on its crowd-sourced zombie game to benefit Team Fox of the The Michael J. Fox Foundation for Parkinson’s Research.

Westlake Village, CA – December 3, 2009 – xaitment GmbH, one of the leading developers and service providers of artificial intelligence (AI) for the games and simulation industries, announced its AI game tools will be used by Hive Media, Inc. on the charity-driven, crowd-sourced game development project known as the Zombie Game Experiment. Funds generated from the experimental project will benefit Team Fox of The Michael J. Fox Foundation for Parkinson’s Research.

Currently in the early stages of development, the Zombie Game Experiment is a charity Serious Game project that relies on a community to help design the game.

These design decisions include graphic elements, play mechanics and the story line of the game. The game is funded by charitable donations, which also help fund Team Fox of the Michael J. Fox Foundation for Parkinson’s Research. Everyone who donates $10.00 or more will be given free access to the final version of the game, which is currently projected to release in 2011. 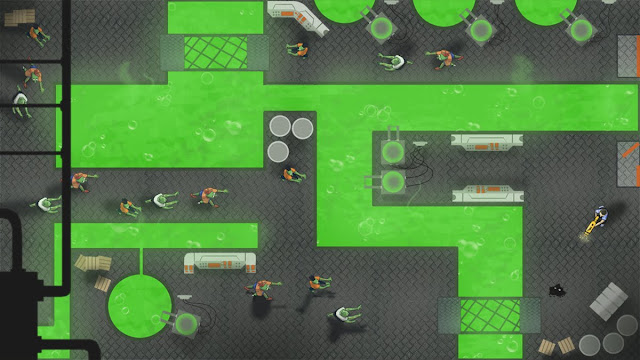 The project first came to xaitment’s attention as a result of its own stated objective, which is to improve the gameplay – and ultimately the fun – of a game by keeping non-player characters (NPCs) from walking around like “brainless” zombies. After an extensive evaluation, the Hive Media team chose xaitment’s AI toolset because of its easy integration into Hive’s current pipeline, its modular approach to AI, and its easy-to-learn graphical interface. xaitment’s modular solution includes individual software tools for automating NavMesh generation, defining movement behaviors, creating finite state machines (FSMs), defining and interpreting the rules of a game world.

“Parkinson’s affects roughly six million people worldwide,” said Markus Schneider, xaitment’s vice president of Americas & Asia. “Hive Media has taken a taken a bold and unique approach to addressing the problem. We are extremely happy that our tools could benefit them and such a worthy cause.”

“Developing games that are fun to play is our passion, and artificial intelligence plays a large role in that,” said Will Weaver, CEO of Hive Media, Inc. “xaitment’s AI game tools will give us an incredibly fast way to develop advanced AI for our NPCs, But xaitment has also proven that game developers and technology companies can partner for greater causes. I really look forward to implementing their technology on our project and seeing the results of our collaboration.”

A partner of the German Research Center for Artificial Intelligence, xaitment has served customers with AI and game design tools since 2004. Their mission – to create lifelike AI for games and simulations - led to the development of the xaitment AI game tools: highly customizable and highly modular development solutions that save production costs while helping development teams effectively reach their creative potential.

Hive Media is a top-quality, outsourced media development and consulting company. They are devoted to creating the most enjoyable and creative asset designs possible for a variety of clients and project types.