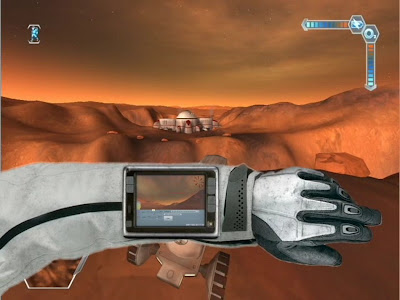 As more children grow up playing video games, educators are partnering with game developers and scientists to create new interactive experiences for the classroom.

A trio of new games were developed to make subjects like world culture, molecular biology and space exploration more accessible and fun for young minds.

According to the new Kids and Gaming 2009 report from The NPD Group, among all children in the United States aged 2-17, 82 percent, or 55.7 million, are currently gamers. 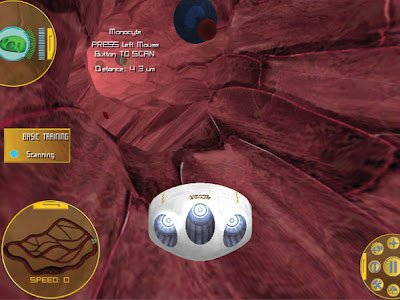 The goal of the game is to save a patient suffering from a bacterial infection. Along the way, players gain an understanding of cellular biology and molecular science.

"This is a first-person shooter in which the objects you need to activate with your ray gun are proteins on the interior surface of the veins," explained Melanie Ann Stegman, PhD, a program manager at FAS.

"This integration of molecular science with the game took a big collaboration between scientists at Brown and our game designer."

Stegman said data from kids who played the game show that they're picking up much more than just vocabulary.

Students are learning intuitively how the cellular world works, including complex concepts like the functions of Monocytes and the molecular interactions among human complement factors and bacterial surface proteins. A sequel is already in development for next year.

"As long as games are designed to be engaging, exciting and competitive I think they can be easily tailored toward educational purposes," said Tad Raudman, a science instructor at University Preparatory School in Redding, California, whose students played "Immune Attack."

"Approximately 10 percent of lifetime learning happens in the formal (K-12)educational setting. If games are played several hours a week on average, they can have a significant outcome on learning in both formal and informal settings."

The FAS also worked with UCLA's Cuneiform Digital Library Initiative and the Walters Art Museum to create "Discover Babylon," a game aimed at 8 to 12 year-olds that teaches about the significance of Mesopotamia in world culture using library and museum objects.

"Quality videogames are very important in education because they reach some students who otherwise could not be taught," said Clara J. Heyder, physiology and pathology teacher at Bayside High School in Virginia Beach, Virginia. 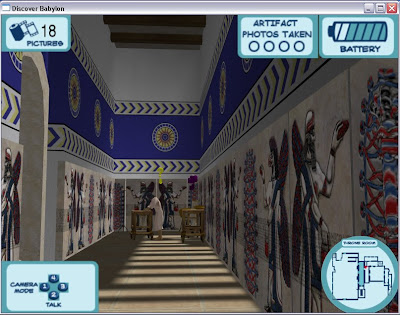 NASA Making Strides In The Development of Its MMO

On January 18, Serious Games developer ARA/Virtual Heroes will release a free downloadable prototype game called "MoonBase Alpha," which has been designed in conjunction with NASA engineers and astronauts to teach STEM (science, technology, engineering and math) education to students across the United States. 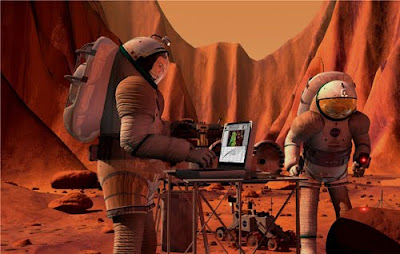 NASA has set a release date of early 2010 for Moonbase Alpha, a demo of its MMO designed to educate people on space exploration through gaming. It is now available for viewing on their website

The first-person perspective game thrusts players 30 years into the future and requires players to team up and use real match and scientific thinking to overcome challenges that astronauts might one day face.

"MoonBase Alpha" is a free predecessor to a new massively-multiplayer online game, "Astronaut: Moon, Mars & Beyond," which will be released later in 2010.

Jerry Heneghan, founder and CEO of ARA/Virtual Heroes, said the game will be an immersive platform, allowing multiple curriculum modules for teachers to incorporate the game into learning about science, technology, engineering and math for both the classroom and at home.

"Students can pick a role like a roboticist, science officer, commander, or space engineer and work as a team on missions to perform experiments, solve space problems, and save the colonies from a myriad of potentially catastrophic situations," he said.

“The mini demo game Moon Base Alpha utilizes actual NASA Constellation program design details developed by NASA for mankind’s return to the Moon in 2020. Timelines in the much anticipated Astronaut: Moon, Mars and Beyond MMO will be set even farther in the exciting future (2035+),” according to NASA’s website.

The game will focus on different themes, incorporating space travel and exploration of extraterrestrial environments.

“Virtual worlds with scientifically accurate simulations could permit learners to tinker with chemical reactions in living cells, practice operating and repairing expensive equipment, and experience microgravity, making it easier to grasp complex concepts and transfer this understanding quickly to practical problems,” according NASA’s website. The software is geared toward educating people on scientific subjects that are hard to grasp in traditional learning environments.

Officials at NASA recognize that gaming has created new avenues to approach learning and wants to utilize gaming technology to improve education. “The power of games as educational tools is rapidly gaining recognition. NASA is in a position to develop an online game that functions as a persistent, synthetic environment supporting education as a laboratory, massive visualization tools and collaborative workspace while simultaneously drawing users into a challenging, game-play immersion.”