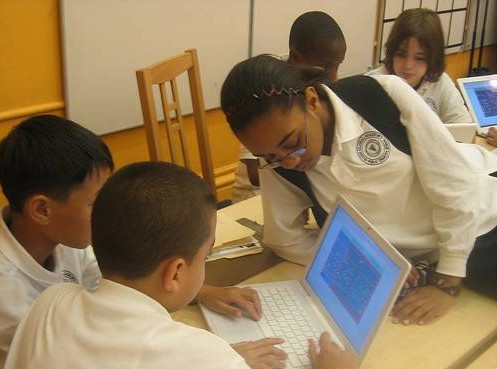 EdTech Tools has blogged about The Digital Promise: Transforming Learning with Innovative Uses of Technology, a white paper on literacy and learning in a new media age, by Jeanne Wellings and Michael H. Levine.

The paper reviews what technology can do for schools, pointing the first steps toward more rigorous standards and assessments. It also includes steps to encourage teacher innovation; the role of video games in education and some interesting literacy-relevant technologies developed by Apple.

Under the section First Steps Toward Rigorous Standards and Assessments, the authors state that “children have embraced the digital world in creative ways on their own time, but an increasing number now report being bored or disengaged in school. Many complain that they must “power down” the moment they enter a school campus.”

This supports the views of proponents who argue that wise deployment of stimulus dollars should aim to reduce the digital disconnect that exists between home and school and entice children with engaging digital learning experiences.

The authors add: “Today’s children use digital technologies simultaneously. They naturally interact with devices and interfaces that did not exist a decade ago. Most of their encounters with digital media occur out of school, where adults are often unavailable to guide them. These facts offer educators clear direction as they reinvent failing schools and revamp educational practice: technology must be a key catalyst."

According to the authors, “researchers at media labs in prestigious universities such as Harvard, Stanford, MIT, NYU, USC, and Carnegie Mellon University, pioneering philanthropies such as the MacArthur and Hewlett Foundations, and industry leaders such as the Partnership for 21st Century Skills, have concluded that the key to engaging the 21st century digital generation involves harnessing its passion for media and technology and incorporating it into rigorous, more participatory learning experiences.”

Students today must, of course, master foundational skills like reading and numeracy, but they must also learn to communicate, create, analyze, and solve complex problems in a networked, global environment.

They take a stand by saying that global awareness and collaboration skills can also be uniquely enhanced with the use of technology and quote Andrew Zucker’s article Transforming Schools with Technology, (2008) that reminds educators that networked technologies allow students to regularly and strategically reach out from their schools to communicate and learn from the real world.

The authors highlight the fact that funding and innovation grants, are increasingly demanding that educators raise the bar and adopt rigorous assessments linked to research-based, internationally benchmarked standards in English, language arts, and mathematics for all students. Many states are increasing the rigor in their standards by pushing learners to apply, analyze, synthesize, and evaluate ideas.

In an effort to help educators identify and develop content to support new literacy skills, increase rigor, and engage contemporary learners, the National Council of Teachers of English (NCTE) adopted a new definition of literacy in 2008 that defines what 21st century students need to be able to do:

• Develop proficiency with the tools of technology
• Build relationships with others to pose and solve problems collaboratively and cross-culturally
• Manage, analyze, and synthesize multiple streams of simultaneous information
• Create, critique, analyze, and evaluate multimedia texts
• Attend to the ethical responsibilities required by these complex environments

In my view, "Serious Games" address most of the above.

Serious Games Could Reduce Digital Disconnect Between Home and School

Under the section Video Games in Education, the authors affirm that digital games have been shown to help children gain content and vital 21st century skills from literacy to complex problem solving.

“Educational digital games (Serious Games) offer a promising and untapped opportunity to leverage children’s enthusiasm and help transform teaching and learning in America. These games allow teachers to tap into their students’ existing enthusiasm for digital games to engage, expand, and empower them as learners (Thai, Lowenstein, Ching & Rejeski, 2009).”

Opening its doors to sixth graders this fall, Quest to Learn (Q2L) (object of my previous post Serious Games & The Future Of Learning) is a new public school for digital kids in New York City, sponsored by the Institute of Play and several key partners including the John D. and Catherine T. MacArthur Foundation. The school uses the underlying design principles of video games to create a variety of engaging learning experiences for middle and high school students, with the goal of teaching traditional and 21st century skills and literacy. 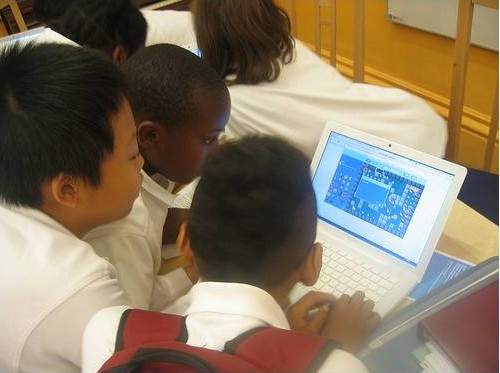 The authors conclude this section with a reference to a recent study by the Education Development Center on the integration of public media assets that found that preschool children who participated in a media-rich curriculum incorporating public television and video games into classroom instruction developed the early literacy skills critical for success in school.

Additionally, children who participated in the literacy curriculum outscored children in the science curriculum on all five measures of early literacy used in the study.