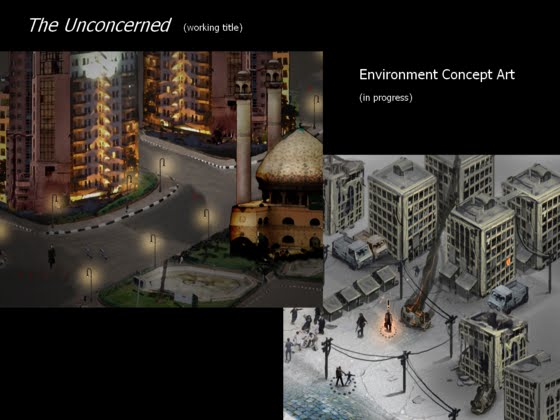 By looking at the prototyping and development process for The Unconcerned, a character based puzzle game set during Iran's election protests, this talk illustrates methods of dealing with the conflicting needs of creating game mechanics that reflect a serious real world situation, while providing engaging feedback and gameplay for players.

Attendees learn best practices and pitfalls to avoid while prototyping serious games that attempt to have both engaging gameplay and deliver a deeper social message.

The Unconcerned (working title), is a 2D puzzle/action title that follows a father and mother searching through rioting crowds in Tehran for their lost daughter. Players interact with the protesters (who react differently depending on which parent the player controls), maneuver past barricades, sneak past police, and occasionally fight or avoid violence.

Though the game will focus on the family's emotional story, Iran's complex political situation will serve as subtext. Borut Pfeifer believes that "Games have the power to put people in other's shoes, to illustrate what effect roles have on a person. Meanwhile, there are those in the game industry that argue that games cannot or should not approach such controversial topics. Games, as preeminent art form of the 21st century, must and will bring to light difficult issues, in ways that can inform, entertain, make us question the world around us, and hopefully inspire us to change it."

To fund The Unconcerned, the programmer has added the game to donation-ware platform Kickstarter, where he hoped to raise $15,000 for artwork, sound effects, music, and research over 85 days. If the project receives enough backers, he would consider animating characters with a rotoscoping style similar to the technique used in Out of This World and Flashback.

In a recent post Pfeifer reveals that despite not meeting the funding goals, he is making good progress on the game, and hopes to have finished the prototype by the end of the year. He also assures it will be done in the fall of next year.

At least 5% of royalties from sales of the game will go to two charities, Children of Persia (http://childrenofpersia.org/)  and the Iran Human Rights Documentation Center (http://www.iranhrdc.org/english/).

Via: Kickstarter - Video Game Set in Iran During the Post-Election Riots 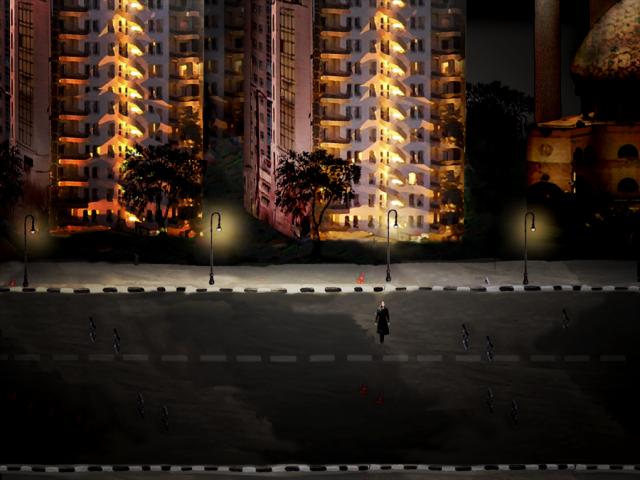 The game is set in Tehran, Iran, during the post-election riots that took place this summer. You play a father and mother looking for their lost daughter, amidst crowds of protesters and police. It's a puzzle/action game, set from a 3/4 overhead perspective in 2D. Characters on the street will react to the father and mother differently (because of their gender). You have to get past the obstacles of crowds and police barricades taking into account these differences, sneaking past police, and occasionally having to fight or avoid violence. The game is meant to be about 2 hours of play, downloadable via PC and Xbox.

Borut Pfeifer is a freelance game programmer and designer. With over 9 years experience in the industry, Borut has worked at companies like Radical Entertainment (where he worked on AI and gameplay for SCARFACE: THE WORLD IS YOURS), Sony Online (where he was lead gameplay programmer on the PS3 launch title UNTOLD LEGENDS: DARK KINGDOM), and Electronic Arts.

His articles on game programming and development can be found in books like the Game Programming Gems series, the AI Game Programming Wisdom series, and Gamasutra. He was an invited speaker at AIIDE 2008, and has also taught technical game design at the Vancouver Film School.

If you'd like to know more about him you can check out his blog about video game design & meaningful games, at The Plush Apocalypse: http://www.plushapocalypse.com/borut.