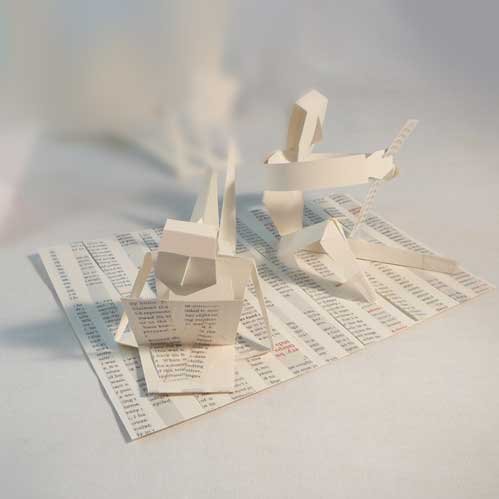 In 2009, the Rochester Institute of Technology's Lab for Social Computing partnered with the local newspaper to build an ARG targeted at bringing people back into the city, teaching them about local history, and giving back to local charities.

PICTURE THE IMPOSSIBLE incorporated casual online games, newspaper puzzles, and location-based activities. Built on a budget of less than $50,000, the game attracted thousands of players and succeeded in all of its goals. In this presentation, Elizabeth Lawley, RIT's game design lead on the project, discusses the planning process for the game, the technical infrastructure implementation process, and the ongoing game development and management process. She will also discuss the challenges of game design partnerships between industry and academia.

Participants will take away key lessons in community-based game planning, marketing, implementation, and management. They will also gain an understanding of how various components of the game (web-based, newspaper-based, and location-based) appealed to different target populations.

The Rochester Institute of Technology and the Rochester Democrat and Chronicle newspaper have teamed up with Microsoft Bing to transform Rochester, New York, into an urban playground between September 12th and October 31st with Picture the Impossible.

The Alternate Reality Game (ARG) aimed at showcasing the city of Rochester through a series of online puzzles, live events, and clues hidden within the daily newspaper.

Participants were encouraged to join one of three factions, each supporting a different local charity. Players in the Tree, Forge, and Watch factions raised money for Golisano Children’s Hospital, Foodlink, and Wilson Commencement Park, respectively. The experience culminated with an invite-only Halloween ball for the top 300 contestants. Players also had the chance to win prizes from Kodak, a company originally founded in Rochester.

Picture the Impossible provided an excellent opportunity to develop community bonds through play, while promoting local charities at the same time.

Alternate Reality Games (ARGs) are often touted for their ability to capture attention on a global platform. The same techniques that lead to the formation of massive global communities can also serve to foster closer connections within local communities, while providing unique ways for tourists to experience cities.

The game engaged members of the community in the exploration of the City of Rochester and encouraged creativity and charitable giving: the points players scored each week helped local charities earn contributions from sponsors.

Players participated in a range of activities, including casual Web-based games, games that bring players out to events and locations throughout the city, and games that involve the tangible aspects of the Democrat and Chronicle newspaper itself.

Players needed to locate notable places in Rochester, then click on the map to identify where they were. The closer participants' clicks were to the actual point, the more points they got.

If players didn't know where the point was they had to hurry and guess, since time placed into the game as well. There were 7 weeks worth of maps  to choose from and players got 15 seconds to click somewhere on the map to identify where the respective landmark was in Rochester. 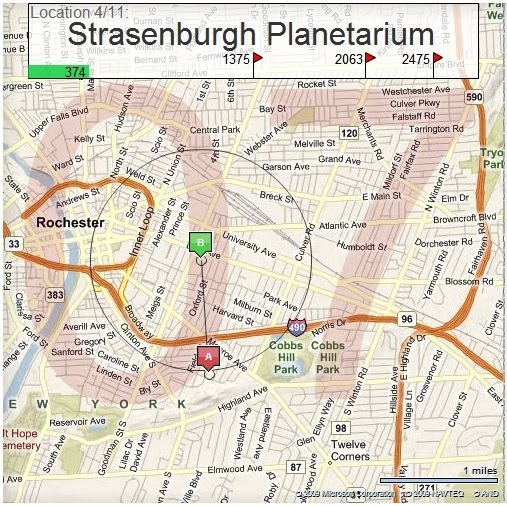 A fun game if you know anything about Rochester; or, a fun way to learn about different places around Rochester.