Serious Games To Be Showcased at COP15 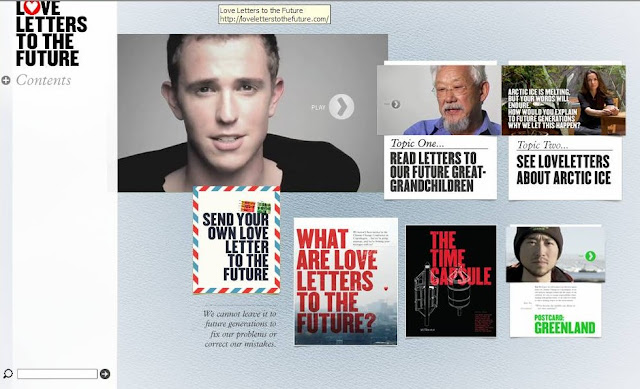 Heads up on a new ARG on climate change...only up for 3 weeks until the Copenhagen Conference on Climate Change!

The objective of the site is to collect a critical mass of love letters - messages about people's fears and hopes for the future, the stories they want to send to their children's children - to be showcased during the UN Climate Change Conference in Copenhagen this December, and locked in a time capsule to be situated in Copenhagen for 100 years.

In an interesting twist, a message from the year 2109 has been received on the loveletterstothefuture.com site, however it appears it is encrypted and needs to be unlocked.

It seems possible that the Love Letters, to be sent in the Time Capsule on Dec 13, 2009, have reached the future. The Time capsule was opened – and now someone is answering them back in this message!

Submit your own letter to see the first clue!

You can leave a either text, a video or an image message. 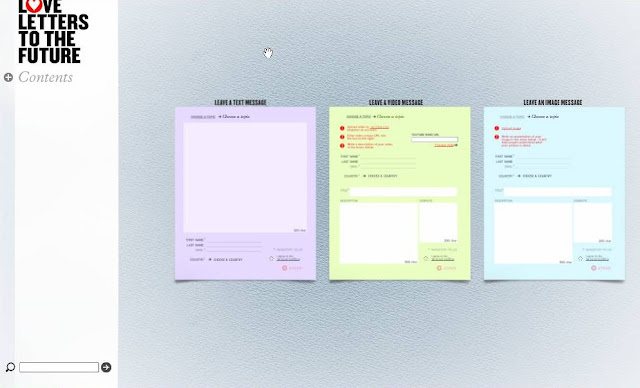 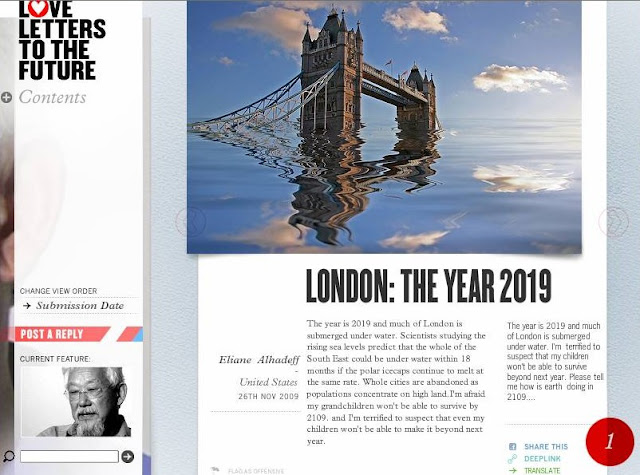