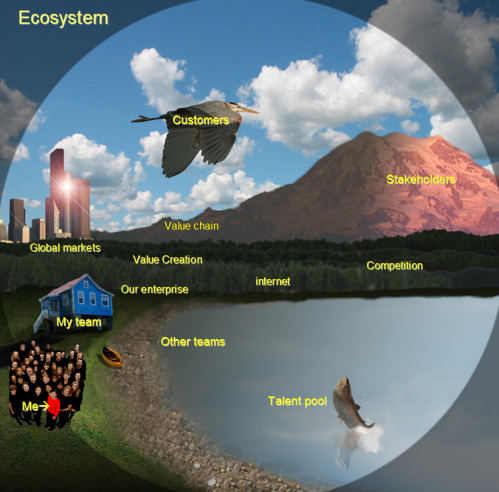 Memorizing the important parts of the periodic table of elements in chemistry may soon become child's play for students with the roll-out of more games titles to aid education and learning.

As part of efforts to champion the use of media in work, learn and play, the Media Development Authority (MDA)'s new initiative - Media in Learning - will support the development and deployment of up to 24 game titles over the next three years to aid effective learning in not only traditional school-based education, but also other domains such as defense and healthcare.

At least S$6m will be set aside for this initiative, which includes the setting up of a resource centre to facilitate the growth of this niche sector. To be ready mid next year, the resource centre will guide the development and building of games titles by providing developers with access to toolkits, platforms and facilities to accelerate the project development efforts. The centre will also partner with local and international organisations to conduct courses to increase the awareness and competencies in the Media in Learning Space.

"The Media in Learning initiative represents a paradigm shift in the way we promote the media. Beyond media for entertainment purposes, we are leveraging on media being a powerful tool to be pushed out in the learning and education sector. Through this initiative, not only would we see the pervasive use of media extensively, it will help to groom the publishing industry further. We hope to capture a significant slice of this market for Made-with-Singapore content," says Dr Christopher Chia, Chief Executive Officer of MDA.

The move to promote the use of games in the learning sphere comes against the backdrop of growth in the overall games industry. A study by PricewaterhouseCooper* shows that by 2011, the global games sector is expected to grow to $48.9 billion with a compound annual growth rate of 9.1% during the last five year period. Conservative estimates show that the market for "serious games" is about $9 billion.

Another change driven by the Media in Learning initiative is in the transformation of the business model to a large-scale distribution model, which will enable Singapore made learning games to reach a global audience in the most effective way. Currently, the traditional model for development of serious games is a work-for-hire model, with the contents highly customised for and owned by a single client.

With this initiative, MDA will collaborate with publishers to co-invest in promising projects which can be "re-skinned" and re-developed into generic commercial off-the-shelf titles of a similar nature for different clients and purposes. A Call for Proposals (CFP) will be launched on 23 October together with other Future-of-Media CFPs.

Industry players have applauded the initiative. "The Media in Learning initiative is a very timely move. ST Electronics (Training & Simulation Systems) has been actively involved in the Simulation and Education space for over three decades. We harness the benefits from the use of new interactive & digital media, such as simulation, games and virtual world in training, teaching and learning; and have seen very positive and significant outcomes for our learners," says Mr Eric Chan, Senior Vice President from ST Electronics (Training & Simulation Systems) Pte Ltd.

Local games company Playware is glad to see the games ecosystem taking new shape as it moves into the education sector. "Education is a multiple trillion dollar industry worldwide and is many times larger than the entertainment industry and given the goodwill enjoyed by Singaporean education, Singapore is singularly well-equipped geographically, culturally and economically to not only do well in this space but to emerge as a world leader," says Mr Siddarth Jain, co-founder of Playware.

For Games Exchange Alliance, it is confident that such initiative will be beneficial to the growth of the games industry. "The GXA is looking forward to collaborating with the MDA to cultivate the industry awareness of Serious Games. While the initiative is able to accelerate the process of adoption, the education of the end-user (B2B) customer is needed. Most brick and mortar companies are unaware of the potential savings in communication, training and education. Real world examples need to be demonstrated and the value proposition to potential buyers explained," says Mr Aroon, co-founder of GXA.

* Figures are from PricewaterhouseCoopers' Global Entertainment and Media Outlook report 2007.

Formed in 2003, the Media Development Authority of Singapore (MDA) plays a vital role in transforming Singapore into a Global Media City and positioning it at the forefront of the digital media age. MDA spearheads initiatives that promote developments in film, video, television, radio, publishing, music, games, animation, media services and Interactive Digital Media. At the same time, in ensuring clear and consistent regulatory policies and guidelines, MDA helps to foster a pro-business environment for industry players and increase media choices for consumers.

QUOTES FROM OTHER INDUSTRY PLAYERS

“New Media is a trend that can be harnessed for positive learning outcomes. MDA's Media-in-Learning initiative can help schools to consider new ways to engage students through pedagogically sound methods. For RI, it would be interesting to consider if games can be developed for imparting and honing 21st century skills such as leadership,” says Lim Lai Cheng, Principal of Raffles Institution.

"It is difficult to instill passion into learning. However, good game designers are trained to bring out the passion in gamers. The same approach may be used in support of learning. IAH welcomes Game-In-Learning initiative by MDA and believe in its ability to make a difference by instilling passion in learning while making it fun and exciting,” says Mr Roderick Chia, Vice-President of Strategic Projects at Infocomm Asia Holdings Games.