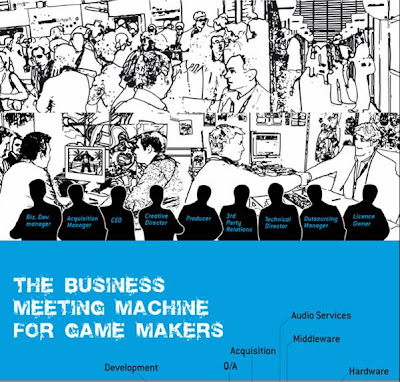 Following my previous post Live From GDC: Are Serious Games and Corporate Customers In Sync?, and having realized that Serious Games and Work-For-Hire have become practically entwined, I've started to explore the possibility of having Serious Games booths added to Game Connection, from 2010 onwards.

It is a one-stop shop to meet face to face dozens of targeted potential partners involved in all stages of the production pipeline, from the concept to the outsourcing, publishing, distribution and financing, in back-to-back 30-minute meetings.

Where else would we get to conduct an average of 27 tailored meetings in just three days, network with the best developers, publishers, distributors and service providers of the industry who are committed to make great games?

Game Connection is located on two continents: Europe and America. With Serious Games gaining solid traction in Europe, Asia and Latin America, developers could join the edition that best fit their needs, or attend both events and double up the number of potential partners.

In addition, this inclusive event could be a fantastic opportunity to enroll publishers, distributors and investors as Serious Games sponsors.

How Would it Work?

Exactly as it works today for entertainment Game Developers, the only difference would be booth segmentation, which is currently by country/continent - there could be a whole set of Serious Games booths.

Before the event, all attendees register online and begin scheduling meetings.

Through Game Connection online meeting system, both parties are notified if they have a meeting request or if one of their requests has been accepted or turned down. With this system, meetings are only scheduled when both parties are interested, increasing the efficiency of the event and the probability that the right business partners will be found. On the website, developers can display their projects to give publishers an idea of what they will be presenting at the event.

During the event, each exhibitor has a closed booth where he can make his presentations to buyers during half-hour meetings (just like speed dating!).

You still have some open slots in your schedule? The Last-Minute Meeting System lets you schedule more meetings until you are fully booked!

After the event, you are wondering how to keep in touch easily with all the new contacts you have made at Game Connection? No worries, they have set up Game Connection Online Marketplace, a tool that allows you to discover new projects and post your owns. Stay connected all year long with your business partners, but also make new ones! 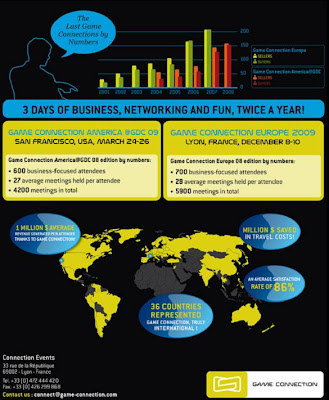 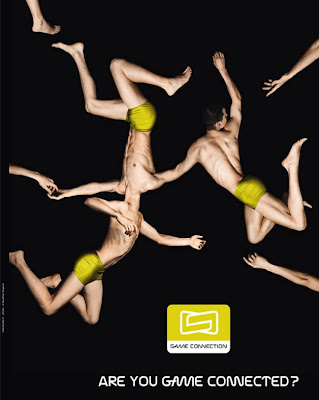 The Game Connection history began in 2001, when Pierre Carde, Director of Lyon Game, decided to set up a professional event for the video game industry focused on one objective : doing business.