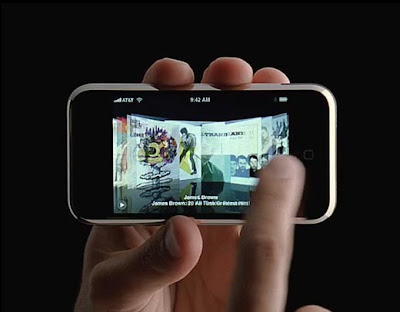 Serious Games Challenging Us To Play In The Mobile Space

Following my prior posts iPhone: A New Vehicle for Serious Games and Is Serious Gaming In Apple´s Future - 700 Diggs!, dated early 2007, Apple's last week announcement of iPhone SDK roll-out coupled with the first "above average cellphone games" to go along with it, broadens the perspective of iPhone as a Serious Game platform. 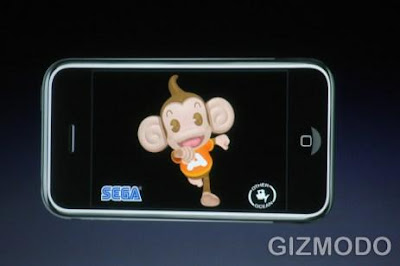 SEGA's First iPhone SDK Title - Super Monkey Ball . "This is not a cellphone game. This is a full console game."

Apple has announced that there have already been 100,000 downloads of the iPhone software developer kit (SDK) in the four days since release.

The SDK’s arrival has sparked huge interest globally from third-party developers, including Team 17 and Microsoft's Silverlight team, with many viewing the iPhone (and the iPod touch) as a potentially huge distribution market for their wares.

“Developer reaction to the iPhone SDK has been incredible with more than 100,000 downloads in the first four days,” said Philip Schiller, Apple’s senior vice president of Worldwide Product Marketing.

“Also, over one million people have watched the launch video on Apple.com, further demonstrating the incredible interest developers have in creating applications for the iPhone.”

What the SDK arrival means for the average iPhone user is that they could well be able to buy the solutions to the problems they have with the iPhone.
People are already racing to fill gaps like the lack of task lists and cut and paste, but it appears that it is games that are most firing enthusiasm.

In my view, iPhone's potential to revolutionize the Mobile Space, might well include Mobile Learning

From Gamasutra, columnist Howard Wen asked OTX Research's Nick Williams his opinion on Apple's position in the gaming market and where the company's opportunities lie. 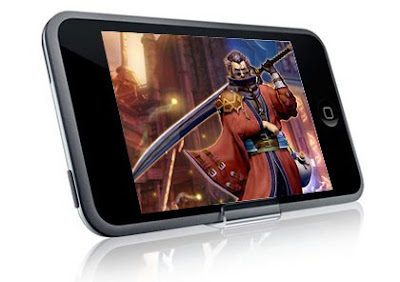 According to Williams, "The time is right for Apple to leverage its brand appeal and cutting edge products to help grow the market in new directions. Apple has invaluable experience in seamlessly delivering music, film and TV content to consumers, and this model could certainly be scaled for a more ambitious video game initiative."

"The most viable market opportunity for Apple is undoubtedly the mobile space with the iPhone and iPod touch. With hardware features such as multi-touch, tilt monitor, networking capabilities, a microphone and a camera, the iPhone has the potential to be a revolutionary mobile gaming device."

"I imagine that Steve Jobs and company are developing a long-term strategy to capitalize on the recent expansion of the market beyond hardcore gamers." The announcement of the first two official products being casual-friendly but deep games -- Spore and Super Monkey Ball -- seems to agree with this assessment of the potential market." 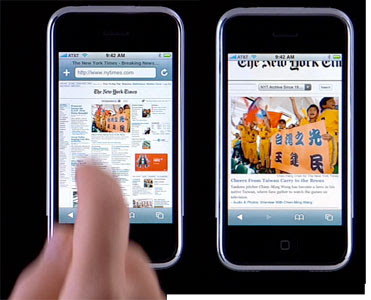 One of the most surprising announcements was the iFund from Kleiner Perkins Caufield & Byers.

KPCB’s iFund™ is a $100M investment initiative that will fund market-changing ideas and products that extend the revolutionary new iPhone and iPod touch platform.

The iFund™ is agnostic to size and stage of investment and will invest in companies building applications, services and components. The iFund™ will back innovators pursuing transformative, high-impact ideas with an eye towards building independent durable companies atop the iPhone / iPod touch platform.

"A revolutionary new platform is a rare and prized opportunity for entrepreneurs, and that's exactly what Apple has created with iPhone and iPod touch," said John Doerr, Partner at Kleiner Perkins Caufield & Byers. "We think several significant new companies will emerge as this new platform evolves, and the iFund™ will empower them to realize their full potential."

"Developers are already bursting with ideas for the iPhone and iPod touch, and now they have the chance to turn those ideas into great companies with the help of world-class venture capitalists," said Steve Jobs, Apple's CEO. "We can't wait to start working with Kleiner Perkins and the companies they fund through this new initiative."

Although Software Development Kits aren't the most exciting of announcements, this is not true when they're coming from the mouth of Steve Jobs. The iPhone is starting now to be envisioned as The Platform for the Future of Mobile Computing.