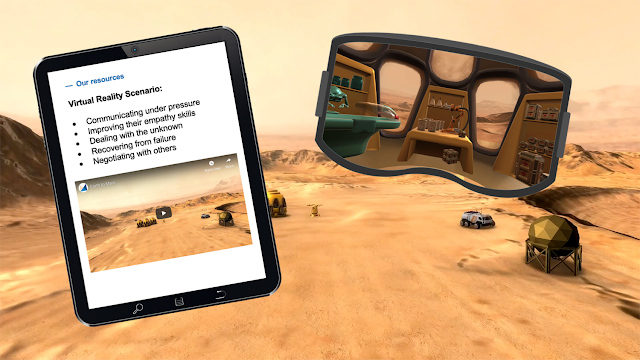 Earth-to-Mars: a VR Serious Game for Leadership by Headspring at https://www.headspringexecutive.com/online-learning/earth-to-mars/


Object of my prior post VR Serious Game Allows Leaders To Test Themselves In Formidable Situations, Earth-to-Mars: a VR Serious Game for Leadership, co-created by eLearning Studios and Headspring, the executive development joint venture of Financial Times and IE Business School, was selected as a finalist in the 2019 Serious Games Showcase and Challenge in the Business/Nonprofit Category.

Earth-to-Mars claims to be the first of its kind in the executive learning space, allowing leaders to test themselves in formidable situations. Departing from the background presumption that leaders work in challenging circumstances — staying focused under pressure, dealing with complex and conflicting priorities, and pivoting when needs require, the game uses Virtual Reality to simulate such pressures in a learning experience.

The game is designed for two-player interaction: while one player experiences the Mars-base environment in VR, their partner runs Earth’s Mission Control using their tablet’s interactive 'Mars Manual' to provide critical guidance. During their mission, the players will encounter and navigate a number of incidents requiring them to inform, collaborate and negotiate in order to resolve serious challenges. 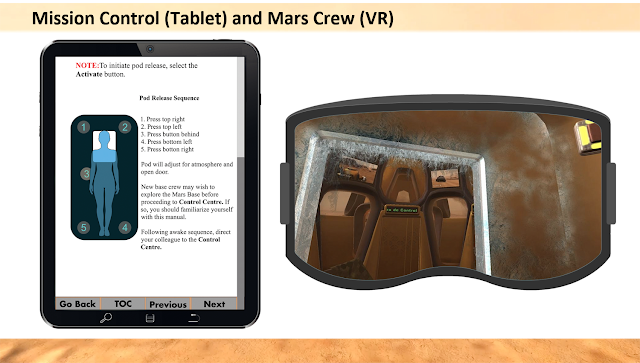 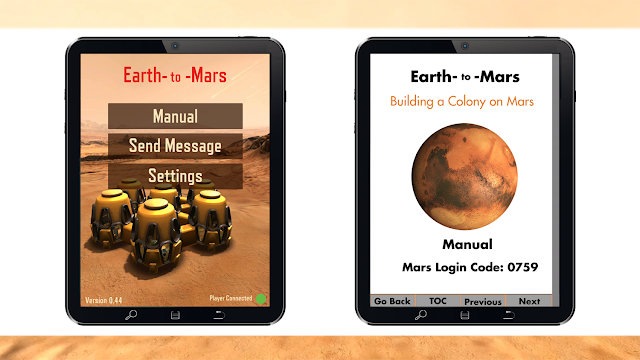 Earth-to-Mars: a VR Serious Game for Leadership by Headspring
The game is designed for two-players connected wirelessly. One player experiences the Mars basecamp in virtual reality, the other runs Earth’s Mission Control using an interactive tablet. Gameplay is estimated to take 30-45 minutes.

Earth-to-Mars challenges executives in a similar way to how Mission Control was trained in the Apollo Missions. Mission Control practiced rigorous simulation training. The Simulation Supervisor would throw problems into the routines to test Mission Control’s ability to adapt. In this way, they improved their ability to talk fast, think fast and be prepared for emergency. Similarly, Earth-to-Mars pairs up executives to test their communication skills, problem-solving strategies, and coping with stress.

Earth-to-Mars is a leadership skills game for helping executives, professionals, and leaders be more effective in their day job. The VR game lets executives explore in a neutral (non-work related) environment their reactions to stressful conditions. The game specifically explores: Dealing with the Unknown (Ambiguity), Recovering from Failure, Communicating Under Pressure, Exploring Empathy, Negotiating in the Moment, and Learning Awareness.

eLearning Studios’ client teaches executives globally in many industries. They needed one solution that would be flexible for these needs and concluded that VR in a learning context would be novel for this audience, which gave the developers the backdrop for a variety of challenges so that different skills can also be explored: perseverance, problem-solving, decoding schematics, physical disorientation, etc. 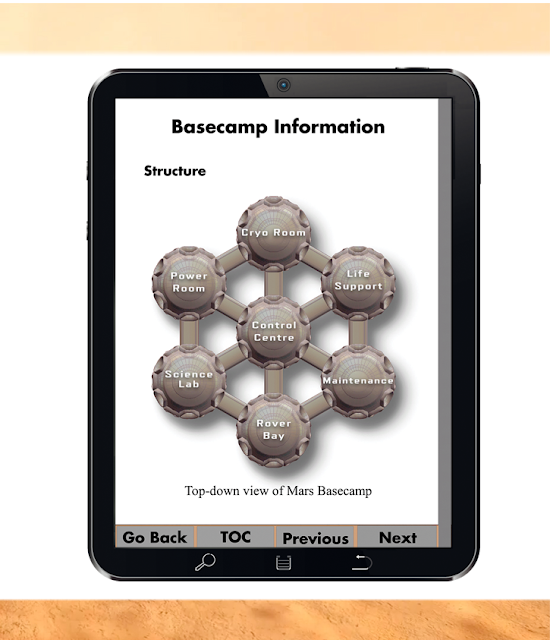 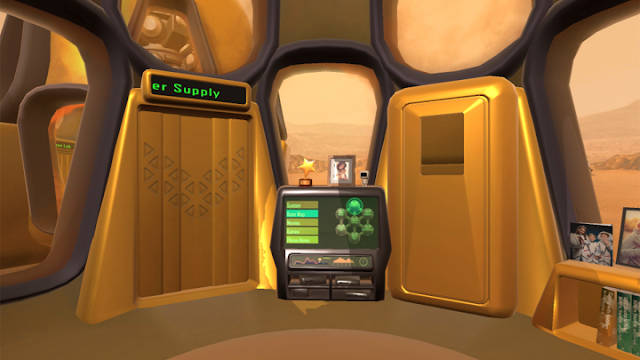 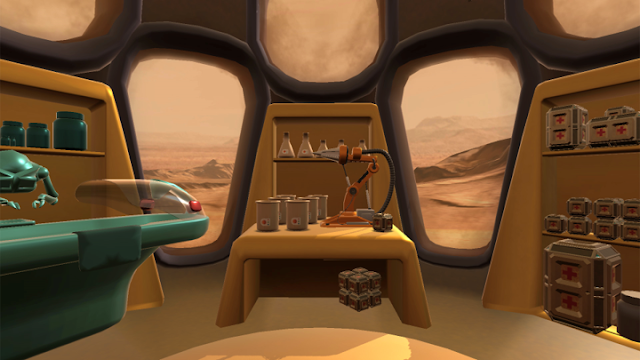 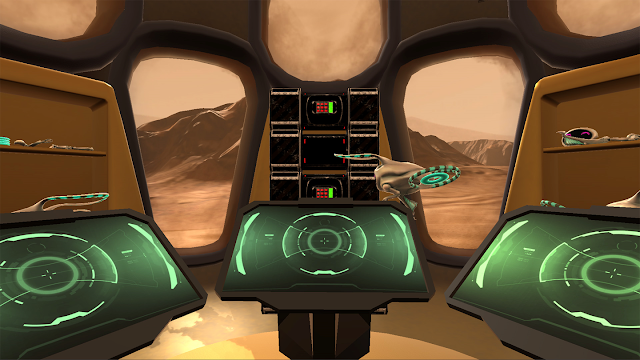 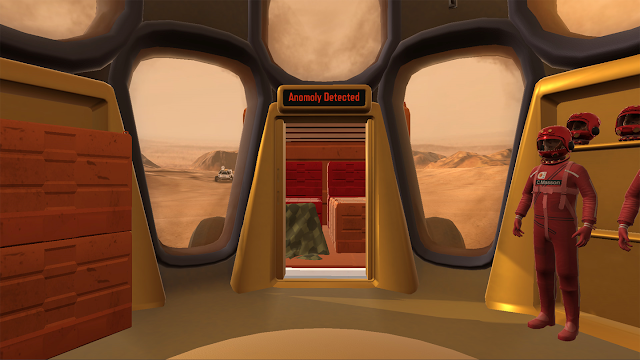 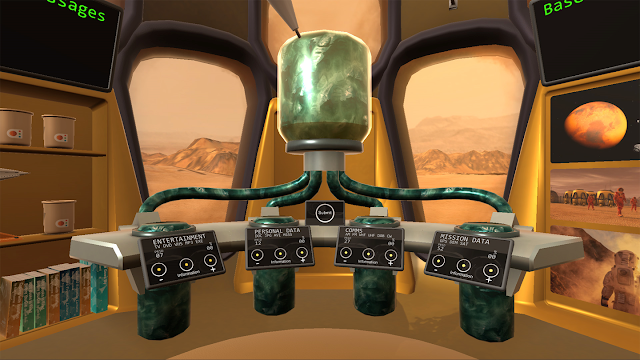 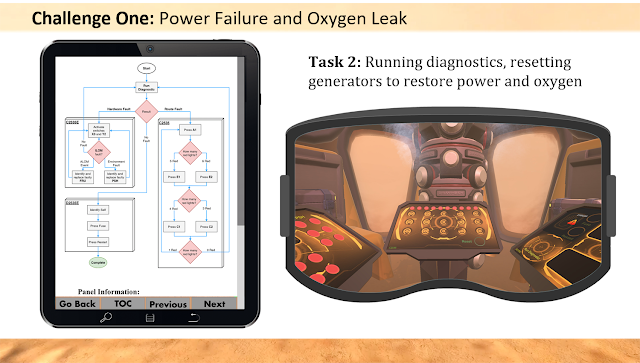 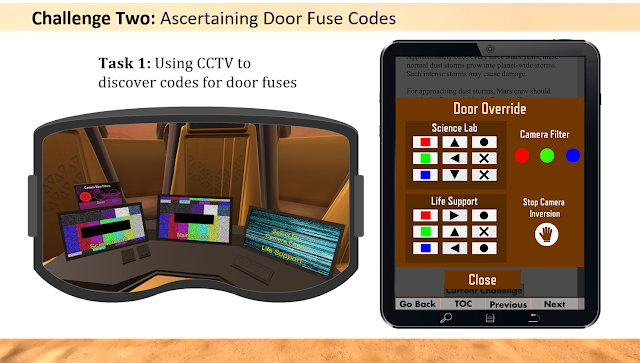 Control Center in Game Mode- Image credit: Earth-to-Mars by Headspring
The game relies on an "escape room" reward system. Leaving the Mars base is the end of the game. Its reward is an exciting fly over the Mars base. During the game's three challenges, there are different rewards. Some feedback is negative (run out of oxygen), other feedback is neutral (game's AI character steps in to help), or feedback is customized to the players as in the “negotiating the in the moment" where any answer is accepted. A postgame debrief includes detailed application questions to workplace. 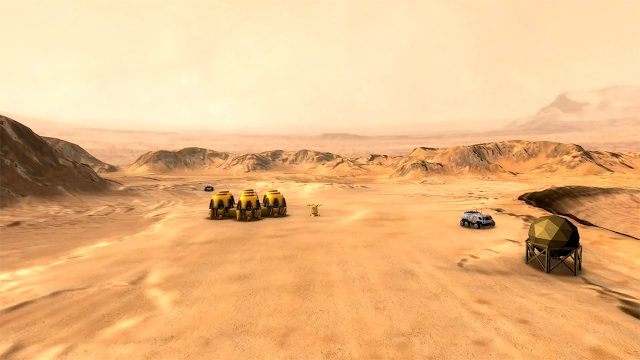 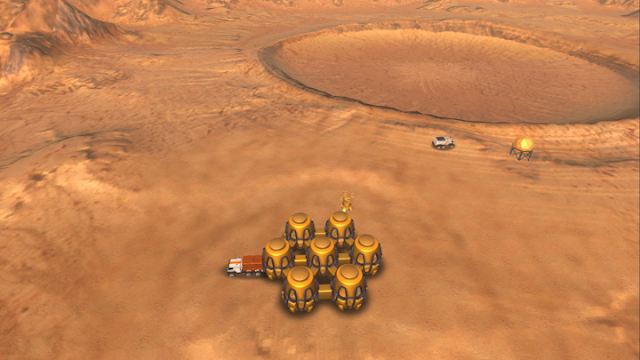 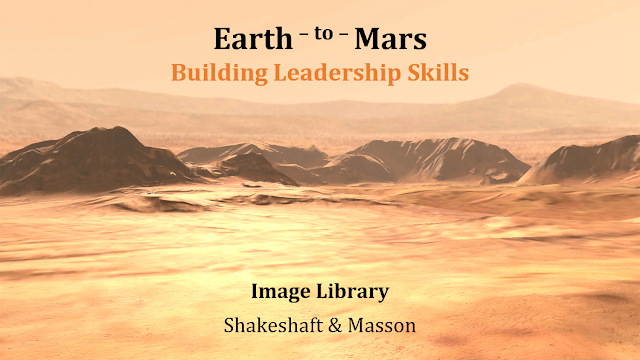